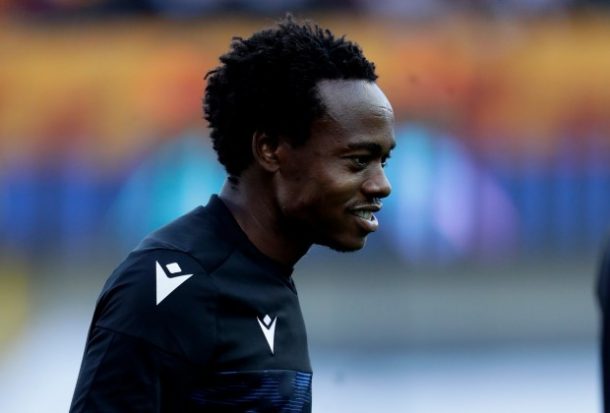 Percy Tau was an unused substitute as Club Brugge extended their lead at the top of the Belgian Pro League table to ten points after coming from behind to beat Anderlecht 2-1 on Sunday evening.

After missing Brugge’s last league game before the winter break, Tau was named on the bench as manager Philippe Clement preferred the striking partnership of Nigerian duo David Okerere and Emmanuel Denis.

The visitors had a great chance to grab an early lead in the 11th minute after Okerere pounced on a rebound from a quick attack but saw his goal-bound effort cleared on the line.

Anderlecht drew first blood in the 21st minute courtesy of Antoine Colassin who netted with a strike from the centre of the box after he was teed up by Alexis Saelemaekers.

Brugge were not lying down and they eventually found the equaliser five minutes from the break after Vanaken collected a rebound from his own free-kick and fired a strike to the top corner.

With the game opening up in the second half, Dennis came close to giving Brugge the lead on the hour-mark after going clear but his strike was saved by Anderlecht goalkeeper Henrik Van Crombrugge.

However, Vanaken eventually gave Clement’s troops the lead with ten minutes remaining with a strike from the centre of the box after a through ball from Charles de Ketelaere and got his brace in the process.

In the end, Brugge held on to go ten points clear at the top of the log although there was no game time for Tau on the night.