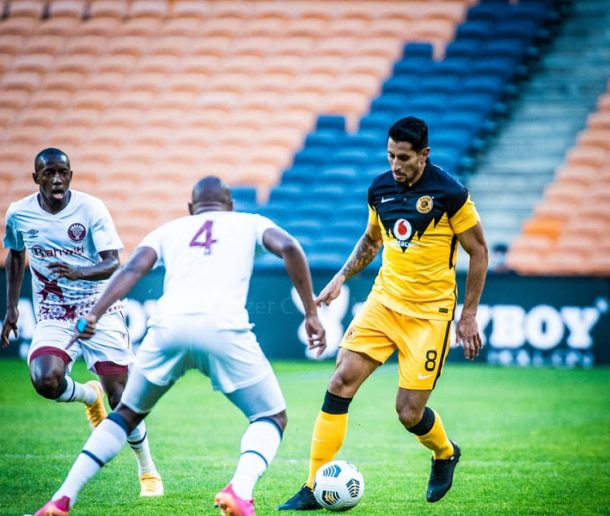 The Birds beat Chiefs 1-0 at home in the first round the hard way and have to repeat the trick again on Wednesday.

Swallows’ victory against Chiefs in November is one of only eight matches that the Dube Birds have managed to win on their return to the DStv Premiership after spending five years in the wilderness.

Truter’s side have managed to keep their place in the top half of the Premiership table despite playing 16 draws and losing one match in 25 matches that they’ve played.

Speaking ahead of visiting their Soweto rivals at the FNB Stadium on Wednesday‚ Truter said the ailing Chiefs side gives them an opportunity to go back to winning ways and cement their place in the fifth spot where they’re currently are with 40 points and two points ahead of SuperSport United.

“It is a special game‚” Truter said of the Chiefs.

“People will sit back and look at it as well. As much as Chiefs needs a win‚ we also do.

“Mental preparation is more important at this stage. Looking at the amount of draws (they played)‚ we need a win.

“They (Chiefs) want to get into the top eight and we want a spot for Africa or finish as high as possible in our first season.

“But‚ ja‚ look Chiefs is a special team and they’ve got players that can change the game.

“For us it’s about improving on our last performance which was a draw (1-1) against Maritzburg (United) where we started to play in the second half only.”

As a home side‚ Truter said he expects Gavin Hunt’s team to be the ones taking the game to them.

“They’ll have to come out‚ they will have to open up but we know what to expect from Chiefs and we know their key players and we’ll have to plan accordingly.”

Truter admitted if they qualify for the Caf Confederation Cup by finishing third or Caf Champions League by ending second‚ Swallows will have to beef up their squad.

“Qualifying to play in Caf brings a lot of different scenario in terms of the numbers in the squad‚” said the Swallows coach.

“If we don’t make it‚ it also brings pressure to improve on the way we would end this season.

“So‚ ja‚ we’re in the market to bolster‚ to strengthen especially if we go to Caf. Yes we’re of the best defensive teams in the league but we have to strengthen up front because currently we’re just scoring a goal a game.

“I would like to score a bit more. You must remember that football is the game of mistakes and currently we’re making one mistake and we’re getting punished for it.

“That’s also the difference between the Premiership and GladAfrica. One mistake (in the top level) results in a goal and that’s what we need to iron out.

“But as I said‚ in attack we need to strengthen.”