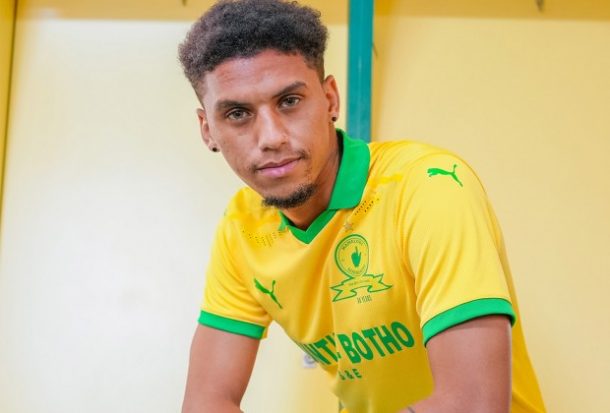 Mamelodi Sundowns defender Rushine de Reuck is set to be converted into a central midfielder in a bid to develop his multi-functional abilities.

The 25-year-old De Reuck‚ who was signed from Maritzburg United‚ is a natural centre-half but coach Manqoba Mngqithi believes that he has the qualities of developing into a good defensive midfielder.

He will follow in the footsteps of Rivaldo Coetzee who has excelled alongside Andile Jali and captain Hlompho Kekana in the heart of the Sundowns midfield after he was converted from a defender by former coach Pitso Mosimane.

“Defensively we know what he is capable of and technically he is one of the best in the country for me‚ but in my mind I think he will also play as a very good number six‚” said Mngqithi.

“I have spoken to him about it because one wants to have a player that will have multi-functional abilities. As a centre-back we know what he is going to offer us‚ but in my mind I strongly believe that he will make a very good number six.

“That’s why it was important to bring in a player like him that can be cover for both centre-back and central midfield. I am more than optimistic that he is going to play a major role in helping the team to achieve what we want to achieve this season.”

Mngqithi said they are happy to be at top of the log at the halfway mark but conceded that they narrowly missed out on the points target they set for themselves at the beginning of the season.

“The fact that we are on top of the log at this stage is encouraging but I not very excited with the number of points that we have. We have fallen short with three points to our target that we set for ourselves.

“But in as much as we had challenges with Covid-19 and issues like injuries‚ the truth of the matter is that ever since I have been at Sundowns I have not seen us playing so many players halfway through the season.

“I think as it is now‚ we have probably played between 30 to 31 players and we have not lost a match. Credit must go to the coaches‚ conditioning guys‚ the analysts and everybody else who has contributed to ensure that the team stays in shape.”

Mngqithi reflected on their 2-0 win over Chipp United on Sunday that stretched their lead at the top of the DStv Premiership standings to five points.

“It was one of those matches where our planning and preparation matched what we thought‚” he said.

“We created a lot of moments in the game that should have given us a lot of goals. But on the day‚ I just felt that Motjeka Madisha did not want us to score more than two goals because we were celebrating his life.

“I don’t remember any match this year that we got so many chances but failed to punish opponents. Credit to the boys‚ they pressed Chippa very high up and gave them no space to play. They created a lot of interesting goal-scoring opportunities.

“It was encouraging as well to see Ricardo Nascimento back in the team‚ Andile Jali and Sphelele Mkhulise starting again after a long time and we also welcomed back Rivaldo Coetzee from his absence. One must appreciate that at least the players are coming back slowly but surely.”