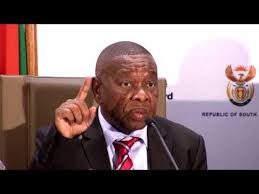 Student protests have ‘shown a darker side’: Nzimande

Higher Education and Training Minister Blade Nzimande has once again sought to discredit the #FeesMustFall campaign.

Speaking at a press briefing in Pretoria on Thursday‚ Nzimande said that‚ while the protests have raised legitimate student demands for access to higher education‚ “they have also shown a darker side”.

Nzimande accused political parties with an ideology different from that of the governing ANC of hijacking #FeesMustFall.

Without naming them‚ Nzimande said these parties seek to discredit the government.

He has previously accused the EFF of driving the protests calling for free quality and decolonised education at the country’s tertiary institutions.

#FeesMustFall protests are expected to hit the country’s universities for a third consecutive year in 2017. They broke out late in 2015‚ forcing President Jacob Zuma to set up a commission to investigate ways of introducing free education.

The commission will complete its work in July this year.

Nzimande also claimed business people were fuelling the student protests for their own interests.

“A variety of financial and political interests have also entered the scene‚ essentially hoping to reap the benefits from these demands‚” he said.

“For instance‚ we have noted with deep concern how individuals with vested political and ideological interests have managed to turn what was essentially a peaceful student-led‚ inter-sectional struggle into one characterised by violence and anarchy.”

Nzimande said it was becoming “more evident” that some business people are “looking on with glee at what they hope will signal the collapse of the public higher education system”.

“The expectation is that the current crisis will drive quality and confidence in the public system to the point where scores will seek refuge in more stable and reliable private institutions.

“The casualties will be the poor- and working-class students‚ whilst students from the middle- and upper-class families will opt for private provision or studying abroad.”