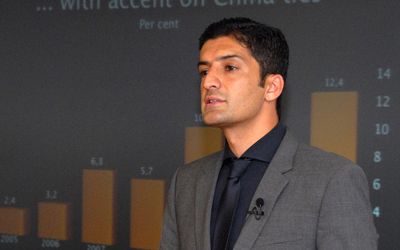 The prospects of South Africa getting a downgrade next month are high.

This is according to Standard Bank’s chief economist Goolam Ballim‚ who on Monday delivered a comparative study on countries that have been downgraded to sub-investment grade since October 2008.

Ballim looked at Brazil‚ Bulgaria‚ Croatia‚ Hungary‚ Romania and Russia and said in 2008 downgrades in all save one of the countries were spearheaded by Standard and Poor’s (S&P).

He said the downgrades were done in countries where annual gross domestic product had slowed to well below 2%‚ the budget deficit was widening‚ the current account remained in deficit‚ with the consumer price index picking up and monetary policy rates and bold yields climbing.

Ballim said after a downgrade the economy slips into a recession and the value of the currency against major currencies will immediately plummet and take more than six months to recover.

“The monetary policy rate peaks around the time of a downgrade‚ but remains quite sticky for about six months before a decline ensues.