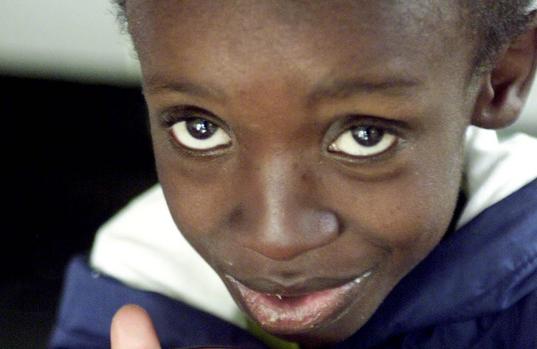 The “greenest residence in Africa” has been named after the late Nkosi Johnson‚ once the world’s longest-surviving child born with HIV/Aids.

The Stellenbosch University residence has been celebrated for its energy and water-saving features‚ which have earned it an Excellence in Design for Greater Efficiencies (EDGE) certification. The new residence is one of three new buildings in the Medical and Health Science facility at the Tygerberg campus.

SU Rector and Vice-Chancellor Wim De Villiers said the naming of the residence sought to continue efforts to make the campus a more inclusive place “that students can call home”.

“By naming this residence Nkosi Johnson House‚ we are taking another step towards visual redress on our campuses‚ and we are acknowledging the important role played by the late Nkosi Johnson as a critical voice in the struggle for social justice in the fight against HIV/Aids in South Africa‚” said De Villiers.

The name was proposed by SU medical student Regan Fancensie‚ who said honouring Nkosi “is a small step in recognising those who contributed to the health sciences”.

“It is important that we recognise and honour African voices‚ especially those that contributed to the health sciences‚” he said.

“I hope Nkosi Johnson House will remind us of their struggle and motivate us to work towards a health system‚ and also a society free of stigma‚ prejudice‚ and inequality‚” said Fancensie.

Each new residence provides accommodation to 200 new students‚ and the initiative to construct new residences is something that Dean of the Faculty of Medicine and Health Sciences (FMHS) Prof Jimmy Volmink hopes will address issues with student housing.

“Building more student residences is an important way for the FMHS to promote inclusivity. By providing accommodation on campus‚ the University is more accessible to students – particularly those from peri-urban and rural areas‚” Volmink said.

Nkosi Johnson House earned its “green status” through considerable energy and water savings (30% and 22% respectively) achieved in the day-to-day running of the residence‚ as well as the environmentally friendly method in which the building was constructed.

The construction of Nkosi Johnson House required 45% less building materials and much less water than conventional methods‚ and produced only 0.25% waste‚ compared to 25% waste generated by standard construction.

Solar panels are used to generate electricity for lighting and heating the building‚ and an extensive grey water system captures water from showers‚ which are then treated and used for irrigation.

Gail Johnson‚ who fostered Nkosi for 10 years‚ was glad that he was finally getting recognition for his efforts‚ which included making a powerful impact on the public perception of HIV.

“It is fantastic that the University is naming a building after Nkosi. He has never received any award in South Africa‚ and it is the first time that he is being recognised‚” she said.