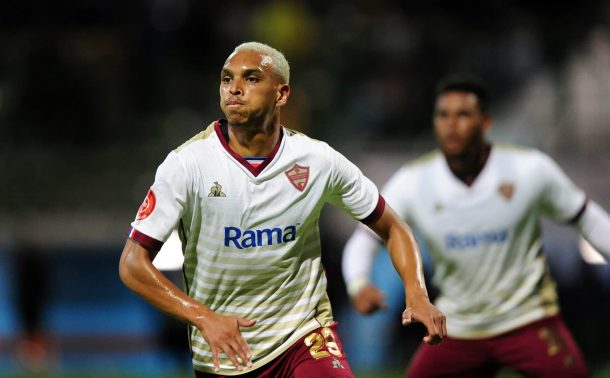 Stellenbosch FC attempt to put disappointing Cup exit behind them

Stellenbosch FC have put the disappointment of their Nedbank Cup exit on penalties to Maritzburg United behind them as coach Steve Barker looks firmly ahead at a league meeting with SuperSport United at the Cape Town Stadium on Friday.

Barker believes his side have a new energy with the signings for Zambia international Nathan Sinkala and former Orlando Pirates midfielder Asavela Mbekile late in the January transfer window as they push for a top eight place in the second half of the campaign.

Victory on Friday could see them climb as high as seventh in the table‚ as Barker enthuses over a rejuvenated squad.

“Nathan was the best player on the park for me [against Maritzburg]‚ just a quality player. He doesn’t give the ball away‚ stays calm and reads situations well‚” Barker says.

“Mbekile gives us energy and drive‚ a quality footballer for all to see. He came through well and he will definitely add to the team.

“Had these two players been here longer … it just makes us so much stronger. They add to the depth and quality to the squad.”

Stellenbosch played to a 2-2 draw with Maritzburg before losing on penalties‚ but Barker feels that with the league a priority‚ it could be a blessing in disguise not to have the distraction of the cup.

“We wanted to go far in the cup‚ it is disappointing that we are not in the Last 16. We wanted to be there‚ but we are not‚ so now we have to refocus all our energy on the league.

“Later on it might be a blessing for us‚” he said.

Stellenbosch and SuperSport played to a 1-1 draw in the reverse league fixture in November‚ a game Barker feels they were unlucky not to win.

“SuperSport are a quality team‚ they are challenging at the top of the table with some quality players‚ but I thought first round we played really well against them and were unlucky not to beat them. With the new players coming in‚ we can be a solid outfit.”

He also bemoaned the club’s continued status of playing ‘home away from home’ in Cape Town‚ rather than their Idas Valley base in Stellenbosch that does not meet PSL standards.

“I just believe‚ if you play these tight games at Idas Valley‚ with a big crowd behind you‚ it gives you that edge. I hope we will get there soon.”