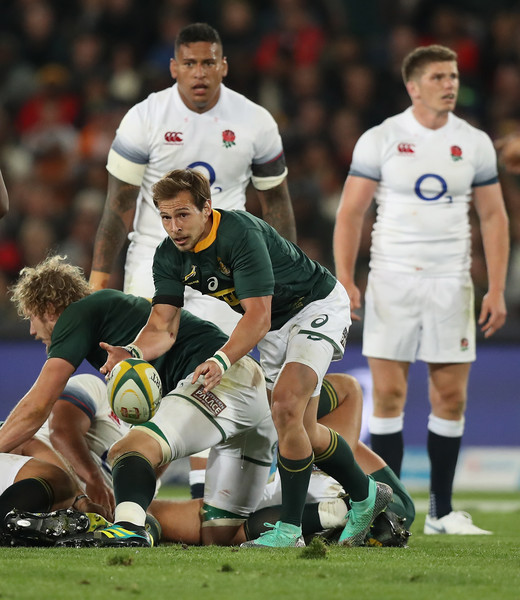 Springboks scrumhalf Ivan van Zyl is on the cusp of achieving a personal milestone and a lifelong dream if the Bulls overcome the Sharks to lift the Currie Cup trophy on Saturday.

The Bulls host the Sharks at Loftus looking for their first Currie Cup success since 2009 and what will also be the first for Van Zyl who grew up watching the team lifting major trophies during the glory days.

“This is the dream‚ this is a massive weekend and a massive opportunity to play in the Currie Cup final‚” said Van Zyl as the Bulls prepared for the anticipated clash.

“This is my eighth year here at the Bulls and as a young kid I grew up watching them playing and winning the Currie Cup and Super Rugby finals. This has always been a dream for me and it will mean everything to me to be standing after 80 minutes holding the trophy. It will also be incredible for the team because this is a proud union but it has a while since we won anything.”

Van Zyl added that winning this year’s tournament will be made more special by the fact that it was strength against strength with most of the teams using their Springboks players.

“This year will be a special one to win because it has been a long time since the Currie Cup had quality of players with all the teams able to play their Springboks who were available. It was a quality Currie Cup and not the one where teams used only youngsters‚ it has been South Africa’s best players every week and that has been special.”

Van Zyl‚ who has been one of coach Jake White’s consistent performers‚ said he benefited from working with former Boks halfback extraordinaire Fourie du Preez.

“We are very fortunate me and Embrose Papier‚ especially the last couple of weeks. The opportunity to work with Fourie and tap into his vast knowledge and understanding of the game is massive. That is something that you can’t buy and we are lucky to have him spending some time with us.

“He is not only looking at improving our basics but he is also working on our mentality and showing us how he went about approaching the game in big moments and big games. So‚ it has been massive for us and we are thankful for the work he has put in for us and the difference he has been making.”

Van Zyl went on to say that the Bulls have been successful this season because there are no egos in the team and the influence of White.

“Personally‚ I am very fortunate to have a consistent season‚ it’s about the small stuff that has been working out. I have always believed in working hard and stuff like that but I think we have been functioning brilliantly as a team and that makes a massive difference.

“Credit must go to coach defence coach Chris Rossouw because when we came back from the lockdown‚ he identified key areas which he believed could take my game to another level. We have been working on a number of things very hard and it is paying off. Credit must go to coach Jake as well because he gave me the belief and confidence to go out there and use what I have.”