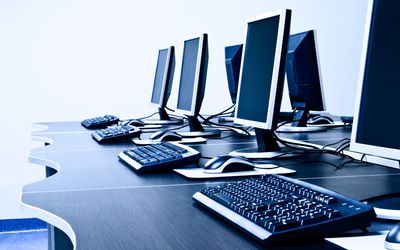 Some 7% of SA companies have experienced targeted cyber attacks

Computer users who are still clinging on to Windows XP are in extreme danger of being victims of cyber attacks.

Software security firm Kaspersky’s security researcher Mohamad Amin said 5% of users in SA were yet to upgrade to Windows 10 from Windows XP‚ which saw its support from Microsoft end in 2014.

Ransomware attacks is when a company or an individual is required to pay money to the attackers to access their data.

According to the IT Security Risks Survey 2015‚ 7% of companies in SA said they have experienced a targeted attack.

The nature of attacks includes threats‚ cyber weapons and organised groups and they use that to blackmail organisations.

He said it was common to find that most of the cyber attacks and targeted attacks are used to do a lot of damage in SA.

“Most of the attacks are still ongoing‚ and these people are funded‚ and when they are discovered they move on and start all over again and in most cases there is no justice against them‚” he said.

Kaspersky vice president Veniamin Levtsov said many attacks were carried out against ATMs and point-of-sales systems because they were viewed as having weak defence systems.

“It is an ongoing process. You need to be aware that the biggest company will not face a direct attack and attackers want to find the cheapest way to attack organisations and businesses‚” he said.