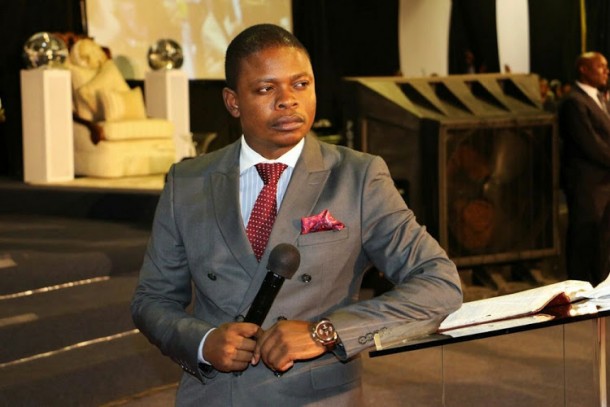 Shepherd Bushiri says his church is being ‘punished on falsehoods’

Church leader Shepherd Bushiri lashed out at his critics on Monday at a hearing into the deaths of three congregants during a stampede‚ saying his church had been consistently victimised.

“We have been victimised as a church‚ called all sorts of bad names and‚ sometimes‚ punished based on outright falsehoods advanced by faceless groups of people‚ mostly on social media.”

He was speaking at a hearing at the offices of the Commission for the Promotion and Protection of the Rights of Cultural‚ Religious and Linguistic Communities (CRL Rights Commission) in Johannesburg on Monday‚ where he was called to explain a stampede that resulted in the deaths of three congregants in December.

“We have seen the media telling the public that I once said that South Africans love our church because they believe in magic/miracles‚ unlike Malawians who believe in God.

“I have never said that. It is all lies. I challenge everybody out there‚ who has such a recording of me saying that to come forward and face me‚” he added.

He said he had also read stories circulating on social media that his church charged R25‚000 to people who wanted to sit close to him at a gala dinner.

“The church doesn’t even know who created the poster and the church has never had such a gala dinner‚” said Bushiri.

“We have also read in the media that our church charges people for me to pray for them. That’s shocking. Why don’t you the media come to church‚ disguise yourself as a congregant and find out if we charge people for prayers? We don’t do that.”

Bushiri also shot down reports that his church was noncompliant with building regulations and that it had been given 30 days to comply by the city of Tshwane.

” … we have reliably learnt through the media that there was a document allegedly issued by Tshwane emergency services purporting that as a church we were given 30 days within which to comply.

“Our lawyers took the matter up with the city’s emergency services and it was discovered and confirmed to our lawyers that the document was fake and does not exist.

“In fact‚ Tshwane emergency services that visited our church premises for purposes of inspection has since distanced itself from such a document‚” Bushiri said.

Earlier‚ he denied claims that his church had removed the bodies of the three congregants who had died during the stampede in December 2018.

“The church only came to know‚ through the media‚ that there was a case of bodies being moved from the church without the police and taken to the private mortuary‚” Bushiri said.

“We also further learnt that the South Africa Police Service (SAPS) had‚ based on that‚ opened a case of defeating the ends of justice against the church.”

The CRL said the stampede was followed by a number of claims‚ accusations‚ marches‚ demonstrations and calls by Sanco for the church to be shut down.

Bushiri said after the incident‚ the church had conducted an internal investigation which saw a Pretoria branch resident pastor being suspended.