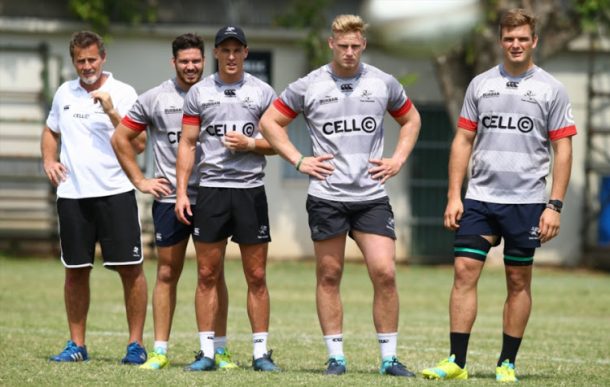 Sharks strength and conditioning guru Thulani Nteta says a four-week contact training period will be enough for them to get into shape for any tournament South Africa’s rugby bosses may use as a domestic showpiece.

The provincial competition is expected to be launched in the coming weeks and there’s a chance it could consist of the four Super Rugby teams‚ the Cheetahs‚ Griquas and Pumas.

Either way‚ getting ready is the name of the game‚ especially with SA Rugby giving the domestic teams the go-ahead to restart contact training on Tuesday.

“We’ve been given around four weeks to prepare with contact‚ so we’re taking it week by week. From there‚ I think we’ll be given the actual starting date as that’ll have an impact on the Covid-19 testing. That’s also going to be a determining factor for the powers that be‚” Nteta said.

“We often ask for the four weeks and it’s normally the benchmark. We can get the guys physically prepared contact-wise to take the knocks in the game.”

Nteta said Tuesday’s news were massively uplifting for the team as they’ve been longing to get back on the field as a group. That’s something they’ll have to do safely.

“The spirits were uplifted and the guys were very happy. We had a session earlier this morning and the spirits were high. Rugby brings the guys together but the news was extremely good for the guys‚” Nteta said.

While the Covid-19-enforced five-month break has changed the face of sport around the world with rugby not being spared‚ Nteta though said the time off did wonders for players who carried injuries‚ but the build-up for players from a contact perspective will be measured.

“It’s been a blessing in disguise as we’ve been able to zone in on the player’s needs and deal with rehab. The guys are in great shape but rugby isn’t about running and gym-work‚ there’s contact‚ movement and getting into the game model. We’re now going to look at where we are game wise from a conditioning perspective‚” Nteta said.