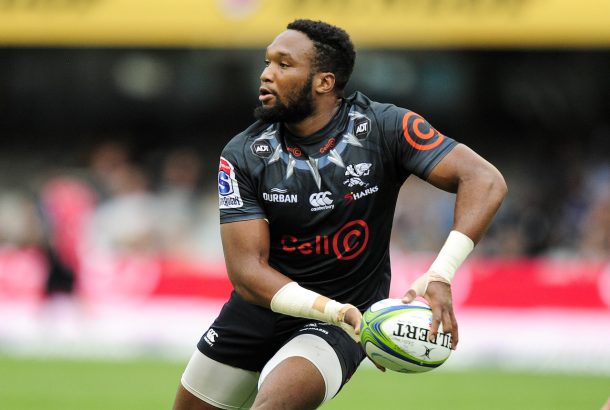 The Hurricanes loom large as a clear and present threat for the Sharks‚ a reality captain Lukhanyo Am is patently aware of ahead of their clash in Wellington on Saturday.

After a bruising barrelling at the hands of the Stormers in their opening game‚ Jason Holland’s side hopped across the Atlantic Ocean and staged a remarkable comeback in Buenos Aires to beat the Jaguares.

Am acknowledged that the Hurricanes are far too good a team to lose consecutive games without putting up a fight.

The Sharks will also have the weight of history on their shoulders as they are yet to beat the Hurricanes in Wellington since 2010.

“We know the Hurricanes are a quality side and it’s going to be their first home game. They’ll be coming at us with guns blazing. We’ve also seen what they can do‚ especially with that win of theirs in Argentina.

“They’re a team we know that moves the ball around really well. They’re also quite balanced up front but from our side‚ we’ll see what goes‚ so long as we do our prep.”

The Sharks gave themselves the best possible touring platform with their 42-20 win against the Highlanders in Dunedin.

It was Am’s first away game as Sharks captain and the result was a rewarding one.

Having sluggishly beaten the Bulls in their opening game‚ all eyes were on the Sharks and how they’d approach their first tour game.

The positive nature of the result has significantly decreased any pressure on Am.

“We had a massive performance and I was really happy with how we played. We can improve but we know it’s still early days but from our side‚ we just try to improve each week and hopefully we’ll be consistent‚” Am said.

“The results are making things a bit easier. If the results were different‚ there are a lot of things we could have questioned‚ but things are really good in the team from all perspectives.”

The penalty count against the Sharks is something that concerned Am. The visitors conceded 15 to the Highlanders’ seven.

Am said they needed to tighten up that department to avoid being punished in tighter matches.

“We’ve pointed that out and it’s penalties we can stay away from with better decision-making. We’ve tried working on them and minimizing the penalty count‚” Am said.

“In tighter games or against stronger opponents‚ a high penalty could cost us the game.”