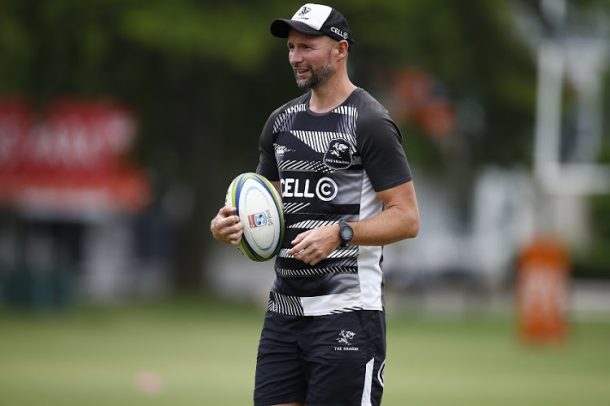 The Sharks forwards came out of their tour of Australiasia with flying colours but have an examination of a different kind when they face the Jaguares at Kings Park on Saturday.

The Jaguares are fresh from a 39-24 crushing of the Bulls where they dominated every facet of the game. The Sharks beat the Reds 33-23 in Brisbane where their forwards put in an excellent shift.

The rapid improvement of the forwards has been something to smile about for Sharks assistant coach David Williams.

It has been the backs who have been the biggest beneficiaries of this forward excellence‚ but Williams admitted that the Jaguares will ask difficult questions of them.

“From a forward perspective‚ the growth in our team has been outstanding.

“They’re a match for anyone and people must not underestimate what these guys can bring in.

“The energy in seeing what the backs can do can drive them to that performance. It’s going to be a great contest‚” Williams said.

The Sharks won three out of their four tour games‚ raising an early bar for the South African teams who haven’t toured well in recent times.

While there was one blemish against the Hurricanes‚ the Sharks’ other three successes were relatively comfortable.

The performances and how they got better was the critical matter for Williams.

“It was an exciting tour for the whole group.

“The results were a bonus‚ but the performances we delivered and the way the team has been playing has been fantastic‚” Williams said.

For the Sharks‚ it was a tour where most of their moving parts came together into a seamless machine.

The biggest development though was that of multi-talented and faceted halfback Sanele Nohamba.

The youngster excelled the whole tour but still needs to get better in the art of closing out games. Williams said they understand the talent they have at their disposal in Nohamba.

“He’s an immense talent and a special person.

“When we brought him off the bench in the cauldron against the Hurricanes‚ he nearly made a line break with his first touch.

“He’s special man and people only see the energy on the field and not the diligence off the field. He’s a great talent‚” Williams said