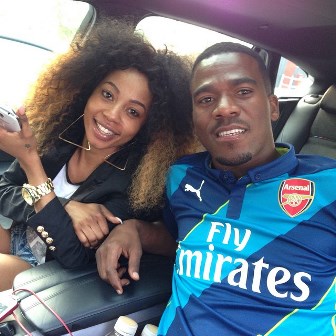 The family portion of the R4 million life policy Orlando Pirates took out on the club’s captain‚ Senzo Meyiwa‚ will be paid to his children – because no one has claimed to be his spouse‚ the administrator says.

The goalie‚ who also captained Bafana Bafana‚ had a tabloid-style love life and was reported to be living with his lover‚ singer Kelly Khumalo‚ at the time of his death.

The Premier Soccer League announced the payment of a R4 million life policy on Meyiwa‚ who was shot dead at Khumalo’s house in Vosloorus on October 26‚ 2014.

In terms of the policy‚ half the amount will be paid to the club‚ and half to the Meyiwa family‚ said PSL and Pirates chairman Irvin Khoza.

“In terms of the insurance‚ the club gets half of the pay out. The player does not pay [the policy].”

According to the conditions of the policy‚ the benefits get paid to the spouse and children of the deceased‚ Hack said.

However‚ “In this case there was no wife. No one has come forward to claim that they were the wife”.

He said the R2 million family portion of the pay-out would be divided among Meyiwa’s three children that they know of.

“The Master will divide the money into three different bank accounts. The mothers will approach the Master if they need anything for the children‚” Hack said.

He said a lump sum of the amounts would be kept until the children reached the ages of 18.

It is unclear who the third child is. According to Hack‚ this child is the oldest.

The soccer player and Meyiwa held a traditional wedding in 2013 but barely a year later he was seeing Khumalo.

Mkhize later found out and a saga ensued. Meyiwa went back and forth between the two women. His wife moved out of their shared home.

Days before Meyiwa was killed‚ Mkhize told the City Press she had accepted she had lost him forever.

Khumalo‚ meanwhile‚ told the Sunday Times that Meyiwa planned to divorce Mkhize and marry her.

“I have never been loved by anyone the way Senzo loved me. He was willing to do anything for me… His heart was with me‚” she told the newspaper.

More than 30‚000 people gathered at the Moses Mabhida Stadium in Durban in November 2014 to give a hero’s goodbye to Meyiwa – who was given a State funeral. His family supported Mkhize and banned Khumalo from attending the funeral.