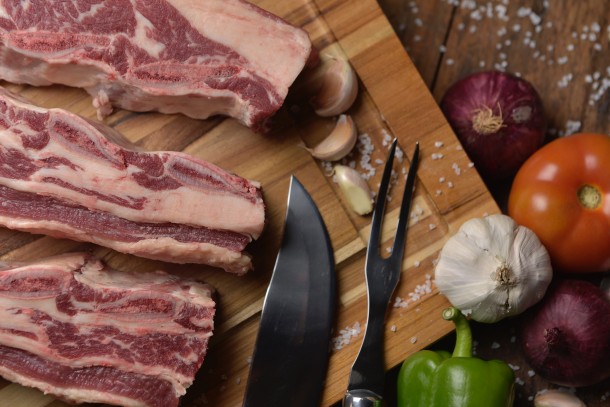 Save our bacon! Pork producers say there’s no cause for alarm over hepatitis warning

The pork industry says it is committed to ensuring its products are “safe‚ welfare-friendly and affordable”‚ after scientists found the hepatitis E virus in liver spread sold in Cape Town.

Peter Evans‚ head of consumer assurance at the SA Pork Producers’ Association‚ said it had supported the 2014 research reported this week in the SA Medical Journal.

“Any potential food safety issues will always be investigated‚” he said‚ adding that hepatitis E was found in pigs all over the world.

“It was thus not a surprise that there was a high level of seroprevalence in pigs in the study done‚” he said.

“Many factors contribute to infection developing in pigs and the prevalence found between different populations of pigs.”

However‚ as pigs occasionally developed mild symptoms of disease‚ “it would be difficult for farmers to know‚ without doing serological tests‚ that pigs had contracted [hepatitis E]. The disease in pigs is self-limiting”.

Evans said modern farms that used properly drained housing‚ with floors that could be thoroughly cleaned‚ reduced the risk of pigs becoming infected or staying infected.

“Encouraging farmers to adopt modern farming practices is thus a means of ensuring food safety (as compared to outdoor systems)‚” he said.

“All these measures help reduce risk of [hepatitis E] infections in pigs‚” he said.

Evans agreed with the researchers‚ led by Stephen Korsman of the National Health Laboratory Service‚ who said there were many other potential sources of hepatitis E.

“Vegetables‚ fruits and other plant-based foods can be potentially contaminated through contaminated irrigation water. There is also a possibility that shellfish harvested off our coasts that are in sewage discharge areas may also become infected‚” he said.

The pork industry was aware of potential transmission if infected pork was consumed‚ but the association was concerned that Korsman’s team did not investigate other possible transmission pathways.

“I’m also not clear on whether there is a direct link to the liver spread that tested positive and pigs in the Western Cape. The origin and type of liver spread is not mentioned.

“SA imports a reasonable amount of pork into the country and pork products produced in SA are distributed widely. Unfortunately‚ there are too many gaps in the chain between farm and retail shelf to be sure that the link is complete.”

Pork association CEO Johann Kotzé said the researchers’ warning that meat should be thoroughly cooked “created the impression that pork meat is not safe. How do you cook a liver spread – the only product where they found hepatitis E?”