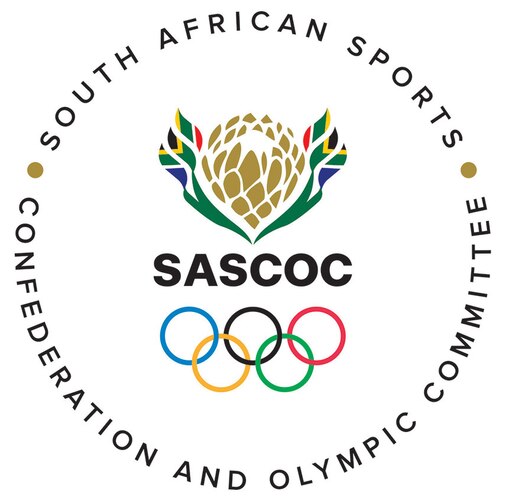 The draft MOI calls for a majority independent board and an independent chairperson at CSA‚ and Hendricks said it would be taken through the Sascoc structures for input.

“Internally‚ we need to follow process as well‚” Hendricks told TimesLIVE on Monday.

“We want to hand this to our commissions‚ the policy commission‚ the membership commission as well as the judicial body‚ who will advise us with regards to the approach taken towards the amended MOI.”

The CSA members council‚ which is the organisation’s highest decision-making authority made up of the 14 affiliates presidents‚ voted against amendments in the Memorandum of Incorporation [MOI] at a special general meeting on Saturday.

The motion was defeated after a 75% majority could not be reached.

Hendricks was invited as an observer at the CSA special general meeting on Saturday but was given the podium after members council insisted he be afforded an opportunity to speak.

Hendricks started his address by saying that his and Sascoc’s position should not be viewed as confrontational.
“It should be seen as a proactive attempt at guiding a member of the Sascoc fold in the processes that they need to follow based on the Sascoc constitution‚” said Hendricks in his address to the CSA special general meeting on Saturday.

“The process that has unfolded in the build up to the amended MOI and other governance changes are noted and respected by Sascoc.

“Sascoc requested to be part of the MOI committee initially. But after the first meeting Sascoc board members and the staff felt uncomfortable and recommended that the process be concluded by CSA and the interim board.
“We now stand at a point in the process where the MOI should‚ according to the Sascoc constitution‚ be sent to Sascoc for approval before it is sanctioned by the membership. Clause 9.2 of the Sascoc constitution is very clear in this regard.”

The clause states that “Members constitutions and any rules or regulations formulated thereunder shall be approved by Sascoc and shall not conflict with any constitution of their international body‚ ICO Charter‚ and/or constitutions of Sascoc as well as the IPC Handbook‚ CGF and other relevant international IF Constitutions”.

Hendricks added: “I will therefore like to advise the meeting that the essence of this meeting is premature and places CSA at odds with Sascoc and its own MOI of 2019.”

Clause 4.2.6 of the CSA MOI states that the cricket body shall “adopt codes of conduct and best practices in line with the Governance Code for Sport adopted by Sascoc”.

Hendricks told the CSA special meeting‚ including Minister Mthethwa‚ that Sascoc itself had to submit its draft documents when the sports body changed its constitution last year to allow for two independent directors to add to the elected officials.

“The MOI has been drafted and it now has to be submitted to Sascoc before it is formally adopted by the members council.
“Sascoc itself had to follow the same process when it amended its constitution last year.
“Sascoc had to send the proposed amendments to the IOC and the IPC first‚ as per their constitutions‚ to which we are affiliated.

“Those organisations [IOC and the IPC] made amendments and advised us accordingly. I am therefore advising you to follow the Sascoc constitution as a duly recognised member of good standing by Sascoc to first and foremost forward the MOI to us for our consideration.”

According to article 36.4 of the Sascoc constitution: “Any Member who is found guilty of failing to abide by the provisions of this Constitution‚ Rules and Regulations shall not be entitled to funding by the Government of the Republic of South Africa (inclusive of Provincial / Municipal agencies) via the Department of Sport and Recreation and/or the National Lotteries Commission and/or Sascoc.”

In terms of non-compliance‚ Hendricks said clause 11.3.1.5 of Sascoc constitution is clear.
Clause 11.3.1.5 reads: “subject to article 8.9 and a judicial procedure that has been followed through‚ include and subject to prior consultation and coordination with the International Federation concerned if the member in question is a National Sports Federation‚ suspend‚ fine and terminate the membership of any individual affiliated through their respective National Sports Federation to Sascoc or to suspend or fine any National Sports Federation or Member who infringes the Constitution‚ directives or resolutions of Sascoc‚ or engages in any act of misconduct‚ improper practices‚ misdemeanor‚ acts of defiance‚ or brings Sascoc and/or sport into disrepute”.

Hendricks also touched on who owns the responsibility of issuing national colours.

“Sascoc‚ under the current sports and recreation act‚ in conjunction with the minister‚ is still the current authority to issue national colours as per the Sascoc constitution and sports and recreation act.
“I’m simply asking this meeting [SGM] to follow processes. I respect the work done by the interim board‚ I respect the Minister‚ but I am simply asking you as the leader‚ as the father figure of the sports movements‚ do not move off the path with regards to proper process.
“You have agreed to the Sascoc constitution and you need to follow it to the tee‚” Hendricks concluded his address.

The CSA SGM failure places the organisation in the firing line of minister Mthethwa‚ who has made it clear that he wants a majority independent board and an independent chairperson.
Mthethwa asked to speak immediately the address by the Sascoc president Hendricks.
“To the Sascoc president said‚ with due respect‚ under normal circumstances that (what Sascoc are proposing) would be the case. This‚ however‚ is extremely abnormal‚” an annoyed-looking Mthethwa said.

“As you [Hendricks] know‚ we have a gone a long way on this matter. This is a matter which Sascoc failed to start with.
“Right now‚ why we are at this point. We are at the point of intervention. We have covered some grounds and dealt with issues on the way
“We have gone a long way on this matter. We have done everything. We cannot go back now and reverse where we are‚” said Mthethwa‚ suggesting due process should be bypassed.

“I have made this point and I have communicated to Sascoc. We don’t want interference‚ opposition or obstruction.”

Mthethwa threatened to unleash his might on the CSA members council at the weekend and said in a statement on Sunday that he was left with no choice but to invoke his powers in terms of section 13(5) of the sports act during the course of this week‚ which includes withholding government funding and recognition.

Point (ii) under section 13(5) (b) states that the minister may not “interfere in matters relating to the selection of teams‚ administration of sport and appointment of‚ or termination of the service of‚ the executive members of the sport or recreation body”.

Sascoc are yet to receive the draft amendments and have not declared a dispute with its member CSA.

ARTIST: We Will Worship