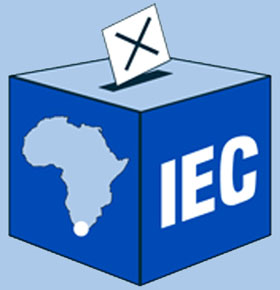 SAIRR poll: ANC could lose its majority in Gauteng and KwaZulu-Natal

The ANC could get less than 55% at this week’s polls‚ according to the latest poll published by the SA Institute of Race Relations‚ depending on the last four days before elections‚ the voter turnout and taking into account the margin of error.

The political market research company published its last election tracking poll on Monday‚ which it says was conducted in the field between April 27 and May 4. It was structured as a tracking poll‚ using a five-day moving average and it covered the national ballot‚ as well as the provincial ballot in Gauteng‚ Western Cape and KwaZulu-Natal‚ said Gareth van Onselen‚ IRR’s head of politics and governance.

“This is the most fluid national election to date‚ in particular with regards to the ANC and EFF‚ who have traded support one way and the other among around five to eight percent of black voters since September‚” Van Onselen said in a statement.

The study found that Gauteng is set to be hung‚ barring a last-minute surge from the ANC and that the DA would hold the Western Cape relatively comfortably‚ despite its recent difficulties in the province.

KwaZulu-Natal could be another hung province‚ depending on a range of factors‚ including a last-minute ANC surge‚ turnout and taking into account the margin of error.

“The DA is marginally up among black voters‚ but down among white voters‚ from 2014‚” said Van Onselen.

They also found that the ANC was significantly down among coloured voters from 2014 while the EFF was up significantly‚ relative to 2014. “This will set up an interesting dynamic between that party and the ANC over the next five years‚ for which‚ as of May 4‚ it appears Gauteng will be the first test.”

Van Onselen said the survey was not a prediction‚ adding that it was not possible to precisely predict the election result.

“We are‚ however‚ confident our data is accurate for the period under review. Thus‚ all this survey can tell you is the nature of the electoral market in the week preceding the election‚ and suggest where some of the trend lines are headed‚ with four days to go until the election.

“As you will see‚ there is some fluidity in the market‚ and the last few days will likely see some small movement. If history is a guide‚ it will be towards the bigger parties. From these numbers‚ anyone can draw a prediction should they wish‚” he added.