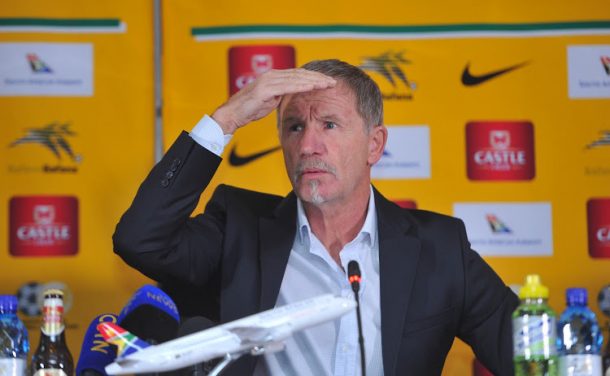 SA Football Association (Safa) CEO Tebogo Motlanthe has said that he will first look closer at ex-Bafana Bafana coach Stuart Baxter’s “rape” comment that cost him his job in India before deciding if it warrants discussion at his organisation.

When Chippa United attempted to hire Eymael in December Safa then also said it would write to the Department of Home Affairs asking for a work permit to be denied‚ and the club backtracked on the appointment.

Baxter’s comment was different to Eymael’s clearly racist statement in that the ex-Bafana Bafana coach was not condoning rape‚ but ill-advisedly being insensitive to the issue in a country where‚ like South Africa‚ it is a serious problem. The comment sparked outrage‚ and his last-placed Indian Super League (ISL) club‚ Odisha FC‚ fired Baxter on Tuesday morning.

Motlanthe said he would examine the comment of the twice former employee of Safa‚ who coached Bafana in two stints‚ before deciding if it warranted further discussion at the country’s ruling football body.

“But of course‚ whether it would warrant opposing Baxter working back in SA‚ or not‚ it is too early [to say]. We still need to really look at his statements and have a discussion internally and then take a position.

“Our emphasis is that we are against any form of femicide.”

Motlanthe agreed Baxter’s statement had displayed insensitivity to the issue of rape.

“Look‚ that’s why his club acted against him. I will always wear my legal cap to say he can’t then suffer double jeopardy [being tried twice for the same offence].

“But like I said‚ the organisational stance is not an individual one. Even the Eymael one‚ we discussed it. So I would need to discuss with key people in the organisation‚ then we will come with a clear position.”

Asked to clarify if he would discuss Baxter’s comments‚ or would consider doing so‚ Motlanthe responded: “I will consider discussing it.”

Baxter‚ who also coached Kazier Chiefs and SuperSport United in South Africa‚ joined the Indian club in June last year having been out of a job since quitting his second stint as national coach of South Africa on August 2‚ 2019.