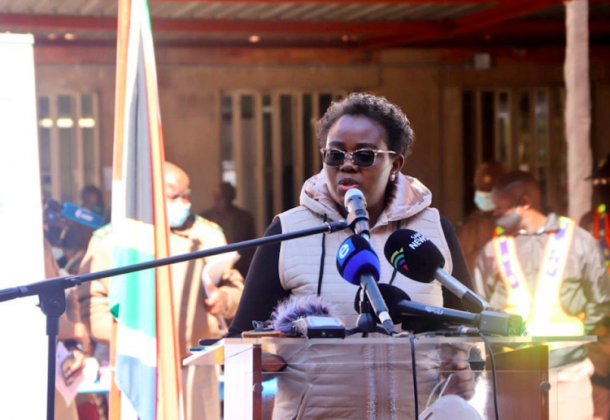 The Department of Health has confirmed that issues around the Johnson & Johnson vaccine have been resolved and the country will start receiving more vaccines from the manufacturer.

“Yes‚ there was a delay in terms of J&J but I can confirm that we are getting a schedule. One of the things that I did when I came was to write to Pfizer and J&J for them to commit to vaccine delivery schedules‚ acting health minister Mmamoloko Kubayi said on Wednesday evening.

“We can confirm that we have received both J&J and Pfizer schedules. We have not received an indication from the regulator that Sinopharm has been approved‚” she said.

Earlier this year‚ the use of J&J was halted due to an international investigation into some doses that had been contaminated. The country has been rolling out the double-dose Pfizer vaccine.

Kubayi and her team appeared before the parliamentary portfolio health committee to give an update on the vaccination rollout‚ where they told MPs that this week the country had passed the 5m mark.

On Thursday the department is meeting with the interministerial committee (IMC) to urge that people be vaccinated according to age group rather than sector.

In addition to opening up the vaccination to the 35+ group‚ the department is currently vaccinating the security cluster which includes the police‚ military‚ correctional services and social development.

Dr Nicholas Crisp‚ deputy director-general in the health department‚ told MPs that as at Wednesday morning‚ a total of 5.5m vaccines had been administered — 1m Johnson & Johnson and just over 4.5m Pfizer doses.

Crisp said a number of sites have been identified to vaccinate over the weekend.

“We are currently vaccinating 1m every four days and our target is by the end of next week to be vaccinating close to 1m every three days and that will mean that we will have vaccinated one dose to 35m people before Christmas‚” said Crisp.

On the current vaccine supply‚ Crisp said as at Tuesday‚ 2.6m J&J and Pfizer doses were in the country‚ which is about 15 days of stock.

“We are expecting another 900‚000 over the weekend‚ if all goes according to plan. But we have a pipeline plan from early August which is over 5m doses of Pfizer and hopefully the first delivery of J&J should arrive.”

He warned people to continue practising non-pharmaceutical measures even when vaccinated. “The vaccinated population still remains at risk. Just because you are vaccinated does not mean you cannot be infected but it might be a mild infection.”

On Sinovac‚ Crisp said the vaccine has conditional registration with the SA Health Products Regulatory Authority (Sahpra). “The company has been in touch with us in the past week so hopefully that will be expedited. The J&J vaccine situation has been restored and we believe that we are on top of that now and the company has begun giving us pipeline updates.”

The health department’s director-general‚ Dr Sandile Buthelezi‚ said the government has never had a commitment with Sinovac. If there was‚ it would have been signed by his office.

“We don’t have any agreement. It is only now that our internal department is processing the matter and then we will take the next steps once they give us the green light on what to do.”

The department also said as far as it was aware‚ Sinopharm has not met the requirements yet with Sahpra.

Kubayi clarified that if there was a donation‚ she would have been the one who would have received it. “I have had bilateral meetings with the Chinese ambassador in SA and there has not been such‚” said Kubayi‚ adding that the country did not favour one vaccine over another.