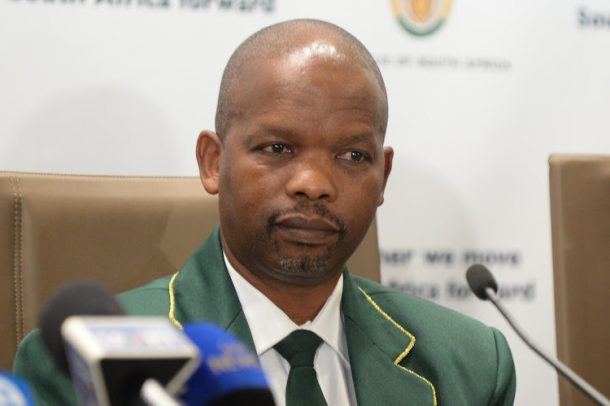 The SA National Boxing Organisation (Sanabo) executive has resigned en masse amid allegations of poor governance and a failure to get the national team to the African Olympic qualifying tournament last week.

The letter containing the resignations of five executive members‚ including president Andile Mofu‚ was dated February 23‚ but the SA Sports Confederation and Olympic Committee (Sascoc) said it got sight of the missive only on Sunday.

Sascoc has been working with the embattled Sanabo for more than a year‚ and has been pushing for an election for a new board.

The Sanabo letter read: “The executive committee of the above-mentioned organisation took a unanimous decision on its meeting held on February 22 to resign and withdraw from all duties of the organisation with immediate effect due to the unconducive and unbearable working conditions.”

Sascoc‚ saying it received the correspondence from Sanabo on Sunday‚ responded by calling for a special council meeting to be held on Thursday afternoon.

“Due to the collapse of the leadership in Sanabo‚ it leaves us with no option except to try and intervene as the National Olympic Committee to resolve the matter and come up with a feasible and amicable way forward.”

The meeting is scheduled for Thursday afternoon at Sascoc’s headquarters.

There has been resistance to Sascoc’s intervention‚ but the umbrella body has insisted they’ve only been assisting and not interfering.

But the bottom line is that Sanabo failed its boxers miserably by not securing funding timeously to get the national squad t the continental qualifier in Dakar‚ Senegal‚ that ended recently. ”

Sport and Recreation SA (SRSA) said Sanabo is not in good financial standing‚ and added that the request for funding came through only after the registration deadline for the tournament had passed.