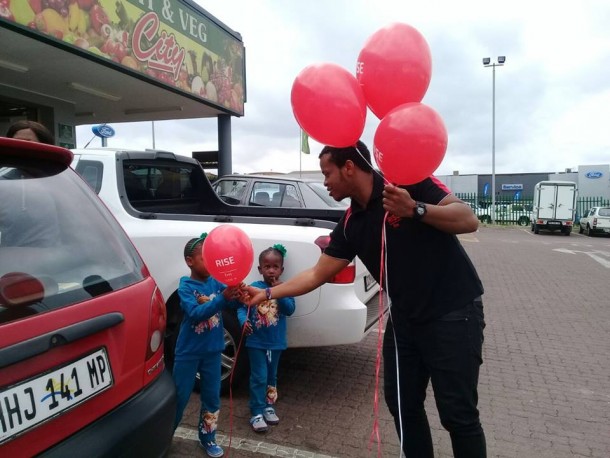 The difference with this broadcast was that he invited along his daring show producer Reagile to join him Only If… he could blow up and distribute 500 helium balloons to the good people of Emalahleni.

As usual, he eagerly took up the challenge!

What came across a quick and easy task ended up being a challenge that took longer than expected to accomplish. Having started Friday morning, he managed to join Thebigzill at Rhapsody’s exhausted and hungry an hour before the show was due to end.

On his interview with Thebigzill, he expressed just how pleased he was to have completed the challenge despite the period it took him.

One can’t help but wonder what challenge could be next? Until then… stay tuned to find out!