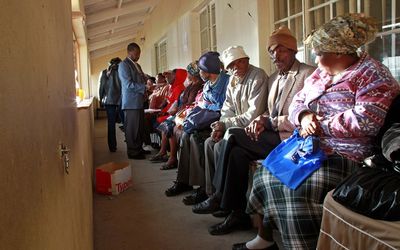 Some former government employees have been left broke and their properties repossessed due to the employer’s failure to pay their pension on time.

Some of the pensioners die before receiving their payouts. This was revealed in a study conducted by the Public Service Commission (PSC), released yesterday, on the adverse effects the late pension payouts had on former state employees, their widows and orphans.

The report said some of the pensioners could not feed their families or continue paying schools fees because of lack of funds. Some of their medical aids were also cancelled by service providers due to government’s nonpayment of monthly contributions after the member had left the public service.

“This creates traumatic experience for the pensioner who now in his/her old-age has to be exposed to public health system which is sometimes dysfunctional in some areas,” it stated.

“In instances where the pension member is deceased, homes end up being headed by a child and there is no elderly family representative to liaise with the department and the Government Pensions Administration Agency. The children, if they are still minors, get affected more as there is no one to follow through on the pension benefits.

“The implication is that the children end up li ving in poverty, burdening the child support grant system and some drop out of school as a result of not having money to continue schooling.”

The study also found that most government departments did not have service termination plans for their retirees. This meant there was no programme to prepare the retirees for life as pensioners.

According to the Government Employees Pension Law, the pension payout should be transferred to the person concerned within 60 days after the submission of all necessary documents. “However, in some instances the 60 days turnaround time for payment of pension to the person concerned has not been met,” read the study, in which a total of 28 departments and eight provinces participated.

The non-adherence to payment time frames continued despite the government’s human resource practitioners being qualified with post-matric qualifications. “Challenges around the delays in the pension payout are not caused by the absence of policies and procedures [but] human factor. Human factor in the sense that some line managers, HR practitioners and even the employees do not adhere to the time frames as stipulated in the pension law.”

PSCcommissioner Lulu Sizani said the challenge was that some retiring workers submitted documents which were full of errors, and this delayed the payments.

Cosatu president Sdumo Dlamini said there had been many instances in which people died without getting their benefits. “The issue of administrative efficiency should be improved and we need a process of mass education to address workers before they retire.”

But PSC spokesman Mahlodi Muofhe said: “There are a number of workshops organised for information sessions, but half the time most of the employees do not attend the sessions.”