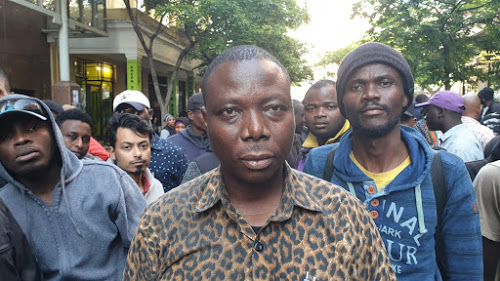 About 500 refugees were removed from the UN High Commission for Refugees (UNHCR) premises in Brooklyn‚ Pretoria‚ on Thursday after being camped outside the premises since last month.

The group had been there while demanding to be moved to other countries because they feared xenophobic attacks in SA.

Police spokesperson Brig Mathapelo Peters said a case of trespassing had been opened by the UNHCR at the Brooklyn police station on Thursday.

She said those who were arrested would be taken to various police stations and charged with trespassing.

“To give due consideration to women and children‚ they have been taken and will be handed over to the department of home affairs.”

Peters said they would be working with home affairs and the National Prosecuting Authority (NPA) to check if the detainees have valid documents.

“All along these people have been camping around the yard. Then they scaled the walls‚ we were told‚ and gained access to the property‚ and obviously that constitutes trespassing‚” Peters said.

When TimesLIVE visited the premises‚ women and children were gathered outside with loads of bags packed neatly and close to them.

Some were seen collecting their belongings with the help of police officers.

A strong stench from two portable toilets and a makeshift loo could be smelt‚ with flies hovering around them.

“The police came and they took all the men. They started beating everyone. They took everyone out forcefully‚” said Rahma Sinzoniheba‚ from Burundi.

Sinzoniheba‚ who was with her five-year-old daughter‚ said she had been in the country for 18 years.

“I left home because they killed my husband and my firstborn son. My parents are also dead. I don’t have anyone to go back to‚” said an emotional Sinzoniheba.