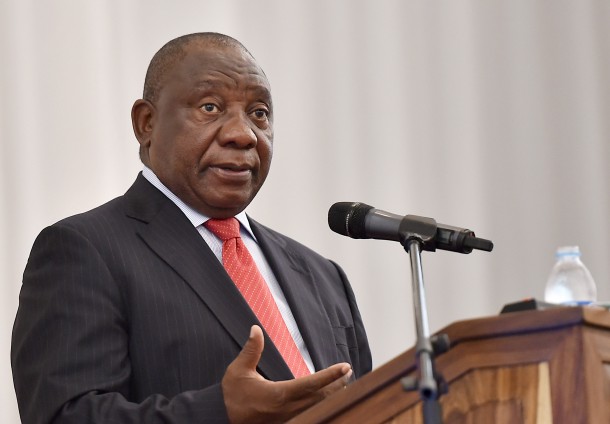 The Covid-19 crisis presents an opportunity for the South African government to restructure state-owned enterprises (SOEs) and cut back on state spending.

This is according to economist Dawie Roodt‚ who was speaking at a media briefing facilitated by the Institute of Race Relations (IRR) on the impact of the lockdown on the economy‚ among other issues.

He said the government needed to make structural adjustments including cutting down on state spending.

“We must cut back on state spending. We need to spend less on people‚ reduce the wage bill‚ reduce the salaries of people at Eskom‚” Roodt said.

He commended President Cyril Ramaphosa on the “decisive” decisions he has taken‚ including putting communications minister Stella Ndabeni-Abrahams on special leave for breaking lockdown rules by having lunch with former politician turned entrepreneur Mduduzi Manana.

He also commended the health department for being transparent about the Covid-19 pandemic.

“We need a leader to say it is going to be tough‚ but follow me. Gradually‚ Ramaphosa is growing a backbone. The president is getting on top of things and he’s realised he is a powerful person‚” Roodt said.

He‚ however‚ did not agree with the government’s decision to ban the sale of alcohol and tobacco during the lockdown.

“I can’t see why people can’t be allowed to have alcohol. I’m against it. People have been behaving‚” Roodt said.

The IRR on Wednesday highlighted its concern over job losses after the Covid-19 lockdown‚ underlined‚ it said‚ by the South African Reserve Bank’s estimate that the 21-day period could cost at least 370‚000 jobs and lead to 1‚600 businesses going under.

To save livelihoods‚ the institute said the government must urgently do away with the concept of “essential services” and allow any business to trade if doing so posed no serious public health risk.

In addition‚ the government should also cut wasteful public sector spending to enable the state to help businesses survive.

“Government should also introduce sweeping labour reform to allow workers to be priced into jobs at a time when the need for income is pressing‚” it proposed.