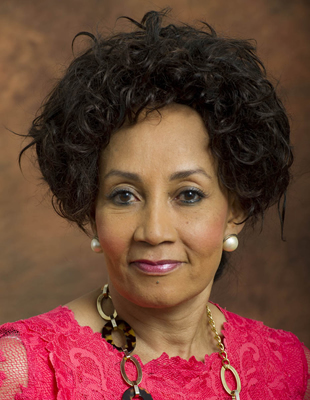 R10bn set aside to deal with ‘nightmare’ of informal settlements

The increasing need for housing has prompted the government to set aside R10bn to upgrade informal settlements for the next three years‚ human settlements‚ water and sanitation minister Lindiwe Sisulu announced on Tuesday.

Sisulu made the revelation at the National Assembly‚ where she delivered her budget for the 2021/22 financial year.

“The need for housing our own people is long and growing‚ with 2.2 million households still living in informal settlements. And when you consider migrants from neighbouring countries also seeking employment‚ then you can understand the nightmare we have to deal with year in and year out‚” she said.

As with other departments‚ Sisulu said‚ the Covid-19 pandemic had hurt her department’s ability to deliver services. This after taking a R14.6bn budget cut in the three years preceding 2019.

“We dread further inevitable reductions‚ given the government’s fiscal constraints.

Despite the fiscal challenges‚ Sisulu said‚ her department took pride in the number of houses it had provided from 1994 to date.

“We have assisted more than 21 million people with housing and housing opportunities. This is an amazing feat for a technically young democracy such as ours. We regard ourselves as world class in our delivery.

“But‚ here is the nub of our problem: we have the unfortunate position that those people who the previous dispensation restricted to the rural areas are migrating in droves to the cities in search of work and a better future. And so they should.

“So‚ while we gloat about our successes‚ the thing that stands out for anyone is the growing informality in our urban areas‚ which is estimated now to be at 2.2 million households and steadily rising‚” she told MPs.

Sisulu announced the establishment of the Human Settlements Development Bank which sought to help those earning between R3‚501 and R22‚000 a month to purchase their own houses.

She said the pandemic had created a climate not conducive to credit access in the target market.

“However‚ during the 2020/21 financial year‚ the National Housing Finance Corporation (NHFC) processed 2‚815 applications for FLISP and of these 2‚120 were approved with a total value of R111m. This has triggered over R1bn value of home loans approved by different banking institutions. Over R60m has been disbursed to 1‚136 beneficiaries.”

The DA‚ through MP Emma Powell‚ rejected the budget and slammed the department for failing to fulfil some of the promises made in the previous budget.

Powell also slammed Sisulu for failing to provide evidence of consequence management for what appears to equal fruitless and wasteful expenditure in her department.

“The truth is that under the ANC’s incompetent and kleptocratic leadership‚ SA has run out of money and are out of options‚” she said.

“One of the critical weaknesses of the department is the lack of sustained oversight over its entities‚ which as a result move on aimlessly‚ creating fertile ground for looting of resources.

“For 27 years‚ this government has failed to solve the issue of apartheid spatial planning‚ which has caused a mismatch between location of housing and employment opportunities‚ which also contributes to‚ and is a direct result of‚ income inequality‚” said Mohlala.