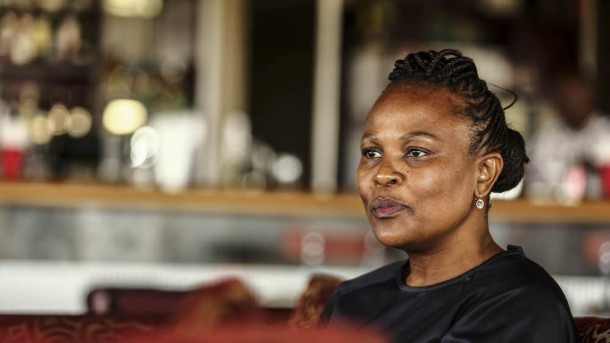 The Democratic Alliance says it will write to the Public Protector‚ Advocate Busisiwe Mkhwebane‚ to request that she investigate Land Reform Minister Gugile Nkwinti for allegedly facilitating a land deal for his close friends without following required procedures.

The Sunday Times reported on Sunday that Nkwinti had introduced a Luthuli House comrade “shopping” for a thriving Limpopo farm to one of his top officials at a land summit. Just eight months after the meeting‚ Bekendvlei Farm was bought for R97-million and handed over to Errol Velile Present‚ who had been working at Luthuli House for more than 10 years‚ and his partner‚ businessman Moses Boshomane‚ to manage.

The senior department official had prioritised the deal by bypassing required procedures.

A day after the deal went through‚ Nkwinti was the speaker at Present’s lavish wedding‚ the newszpaper reported.

The details of the minister’s role in the Bekendvlei Farm deal are apparently contained in a report following a forensic investigation by Deloitte who were hired to look into how the farm was acquired and which recommended that the minister be charged with possible corruption.

“This report‚ in its full and uncensored form‚ must be made public and tabled before Portfolio Committee in the interests of transparency and openness. South Africans deserve to know how the land reform programme is being abused for political purposes‚” said Thomas Walters‚ the DA’s spokesman on rural development and land reform.

“This indicates that the ANC government’s land reform process is being abused and that land is doled out to the politically connected few and not those who would benefit greatly from access to land and the dignity this brings.

“As it is‚ government is failing dismally to support emerging black farmers. Land reform is moving at a glacial pace and continues to miss targets for the distribution of land‚ essentially denying South Africans economic empowerment through ownership.

“Basically‚ black farmers are being let down by an ANC-led government that would rather put friends first and South Africans last‚” Walters said.

“The DA will not sit back and allow the government to dish out land to their cronies at the expense of the people‚” he added.