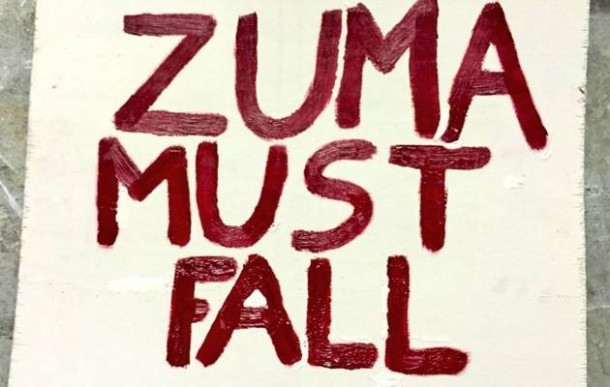 About 300 people congregated outside the Gupta family compound in Saxonwold‚ Johannesburg‚ at noon on Friday as part of “Black Friday” protests countrywide calling for President Jacob Zuma to leave as president of the country.

What was supposed to be a silent protest turned into sloganeering as the crowd chanted “Zuma must go“.

Two Johannesburg Metropolitan Police Department (JMPD) vehicles were stationed at the entrance to the compound to keep an eye at the protest.

There is a belief that the family has captured the state for its own business successes.

Some of the placards carried by the crowd said “Zuma is failing“‚ “Unite South Africa“‚ “ZUMA‚ COMMANDER AND THIEF“‚ ” To hell with destructive engagement Zuma must go.” and ” Honour Madiba.”

The Gupta family‚ which consists of brother Atul‚ Ajay and Rajesh‚ are friends of Zuma and have business dealings with his son Duduzane.