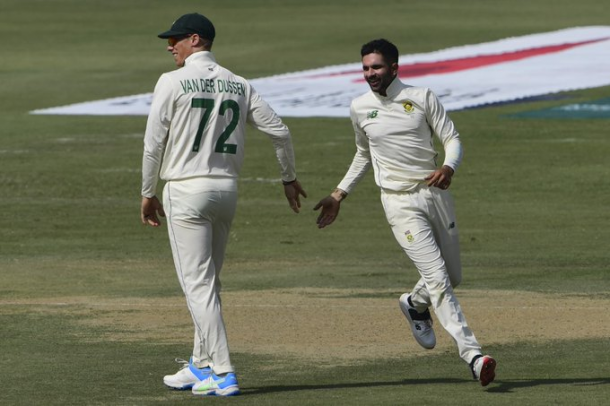 “It was a difficult two months for me. The first 16 to 17 days I was very sick and could not do anything‚” the 29-year-old hard-hitting wicket-keeper batsman said from Lahore in Pakistan‚ where the team is preparing for a three-match Twenty20 series at the Gaddafi Stadium.

Klaasen revealed the severity of his symptoms while battling the coronavirus and said it took him a long time to get his heart rate under control so he could train.

“When I could start exercising again I could not run 20m to 30m or do anything for two or three minutes without my heart rate going up too high.”

Klaasen was one of three players in the Proteas camp who returned positive coronavirus tests in December during the limited-overs tour against England.

The hard-hitting wicket-keeper batsman said he is feeling healthy as he prepares to lead the Proteas in the absence of rested regular skipper Quinton de Kock.

“It’s been a different season for me. I think I have played four games so far‚ which has been very frustrating‚” said Klaasen.

The three-match series will be played from February 11 to 14.

“I have finally recovered. It’s been a tough two months since I tested positive on December 3.

“I’ve been working hard‚ but it is difficult to tell. We will probably see after these three games how the form is‚ but I’m hitting the ball very nicely and have been working hard at the Titans over the few weeks to get rhythm and stuff.

“Obviously the conditions here are different but I am hitting the ball very nicely so I’m looking forward to having a good series.”

Glenton Stuurman‚ who was released midway through the Tests against Sri Lanka‚ also made a return to the side.

“We do have a few guys who are normally in the squad who are not here.

“But obviously the way we are playing‚ with Covid-19 in mind and those types of things‚ the guys need to rest. It gives the other guys the opportunity to showcase their skills.

“They deserve it because they have been doing well for few seasons and are in good form in the Momentum One Day Cup.

“We are by no means a second string team and we are definitely looking to win the three-match series.”