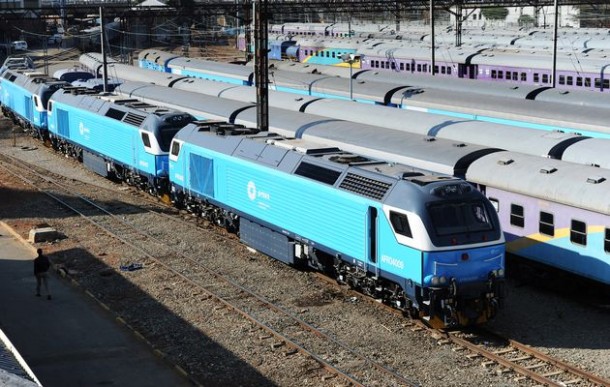 Siyangena Technologies was favoured by Prasa under chief executive Lucky Montana with contracts amounting to more than R4bn‚ the state capture commission heard on Wednesday.

It started in 2009 in preparation for the Confederations Cup‚ ahead of the 2010 Fifa World Cup in South Africa.

Prasa had embarked on an ambitious project to modernise its rail stations‚ testified Prasa head of legal risk and compliance Martha Ngoye.

In the pilot project which involved Nasrec and Doornfontein‚ Rainbow Construction was awarded the tender and roped in Siyangena Technologies as a subcontractor.

Upon completion‚ the programme was extended – which would see the addition of seven rail stations.

But then the extension was awarded to Siyangena. No open tender process was followed‚ no request for proposals was embarked upon – but Prasa handpicked a few companies to make proposals. One of them was Siyangena.

At the Prasa bid evaluation committee‚ where Siyangena and Protea Coin placed bids upon being selected‚ the former’s bid was valued at R1.1bn‚ while the latter tendered for R1.3bn. Siyangena emerged tops and the recommendation was forwarded to the bid adjudication committee.

It was here that the whole process was rejected‚ with the committee citing irregularities.

Mysteriously‚ however‚ then Prasa chief procurement officer Chris Mbatha‚ who sat on the bid adjudication committee‚ submitted to the Prasa board’s capital investment and procurement committee (CIPC) subcommittee a recommendation that Siyangena be awarded the contract.

Ngoye said bid committee chairperson Tarah Ngubeni alleged that Mbatha had in fact forged her signature in the submission to CIPC.

The value of the contract also jumped from R1.1bn to R1.9bn during this alleged “fraud” by Mbatha‚ said Ngoye.

“Protea Coin submitted a proposal and theirs was R1.3bn – much cheaper than Siyangena – but they lost.”

Contracts ‘tailor-made’ to favour Siyangena
“Siyangena won on the basis that as part of their submission‚ they prepared a funding model to assist Prasa in carrying out this transaction‚” said Ngoye.

The funding model‚ she said‚ meant that Siyangena would pay for the services of behalf of Prasa‚ which would refund them when it had the money.

Basically they were to loan money to Prasa – which never happened‚ as Prasa had to pay them for the services they rendered.

And Siyangena had also been given another extension – valued at R350m – to complete phase one.

The project moved to phase two‚ set at more than R2bn‚ with 161 railway stations added to make the total 261.

Siyangena was again the winner.

This time around‚ Prasa pretended to be engaging in an open tender process – but Ngoye alleged that “specifications were tailor-made to favour Siyangena”.

How? Apparently Prasa‚ in the specifications‚ was particular about the brand of a certain product that had to be used in carrying out the work. The “original designer was Siyangena‚” said Ngoye.

“Two of the bidders had a problem with the specs‚ because the brand specified favoured Siyangena [to] the detriment of other bidders.

“Furthermore‚ there was unsolicited proposal made by Siyangena to Prasa [for phase two]‚ which was exactly what was used [by Prasa] to take the matter to open tender.”

In between these irregularities‚ said Ngoye‚ Siyangena allegedly paid R500m to politically connected Roy Moodley‚ who emerged during the testimonies of Popo Molefe and other Prasa officials last week.

But something that would place Montana at the centre of the alleged rot would only be revealed in 2016‚ when more than R1bn had been paid to Siyangena.

This was when the Molefe-led Prasa board gave an instruction for Siyangena to stop the work after irregularities were picked up during a forensic investigation.

Siyangena rushed to court to obtain an interdict. In its submitted documents was a rail station maintenance agreement they claimed to have had with Prasa.

Prasa knew nothing of the addendum‚ but it was signed by Montana and dated April 2014‚ two months before he left Prasa.

“Nobody at Prasa knew about this addendum. It was produced for the first time in court and we were all alarmed‚” said Ngoye.

“Prasa would have to pay Siyangena R10m a month for those maintenance services‚ according to the mysterious agreement.”