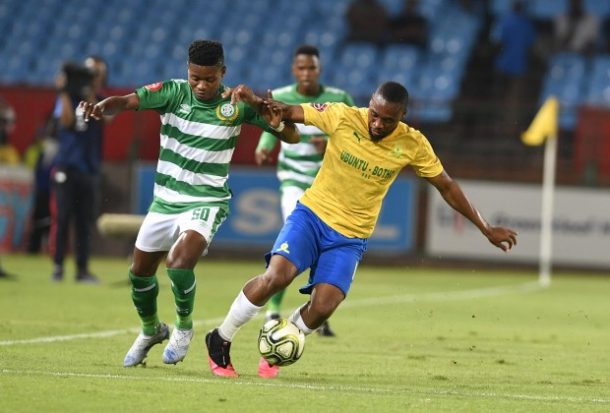 The decision by some Mamelodi Sundowns players to pick up needless yellow cards in Wednesday’s Absa Premiership clash with Bloemfontein Celtic is not unusual in football‚ but can also be a dangerous game.

Just ask Lamontville Golden Arrows‚ who also decided to use their Nedbank Cup clash with fourth-tier Vaal University of Technology to ‘reset’ a number of players on three yellow cards‚ but ended up falling to an embarrassing defeat.

The plan is clear – with players on three yellow cards‚ a fourth will trigger an automatic one-game suspension‚ leaving the players back on zero after that.

As their next match is against minnows VUT on Sunday‚ coach Pitso Mosimane would rather have his star names sit out that one and then have a clean slate for the remainder of the Absa Premiership run-in.

It is a tactic often used in football around the world‚ and there is absolutely nothing illegal about it‚ even if it does perhaps go against the spirit of the game.

“If you want to keep going with the league‚ you don’t want to have four players on three yellows. It is not going to help you‚” Sundowns coach Pitso Mosimane said in his post-match interview with SuperSport.

“It was not that we wanted to delay the game‚ Sundowns never delays the game‚ but we had to do it. We know we will get the criticism‚ it is going to come‚ but everybody does it.

“It doesn’t look nice‚ but you have to do what you have to do. Sorry about the ugly play‚ but when you are fighting for the league‚ it is survival of the fittest.”

Coach Steve Komphela might not have played them in any event against the SAB Regional League side‚ but that decision‚ to bring them off the bench at least‚ was taken out of his hands as they sought rather to clear their yellow card slate.

Golden Arrows were held to a 2-2 draw by the students and lost the resultant penalty shoot-out to go into the history books as the first ever Premier League side to lose to fourth-tier opposition‚ and is a stigma they must now carry.

Undeterred‚ Sundowns used a succession of late corners to earn themselves yellow cards for time-wasting‚ with three handed out at one set-piece in almost farcical scenes.

It means they will be without skipper Hlompho Kekana‚ playmaker Gaston Sirino‚ forward Sibusiso Vilakazi and defender Mosa Lebusa for Sunday’s clash with VUT.

But the result of that is the fact that they will go into their final 10 league games with all of those players set back to ‘zero’ in the yellow card count and another four bookings away from a suspension.