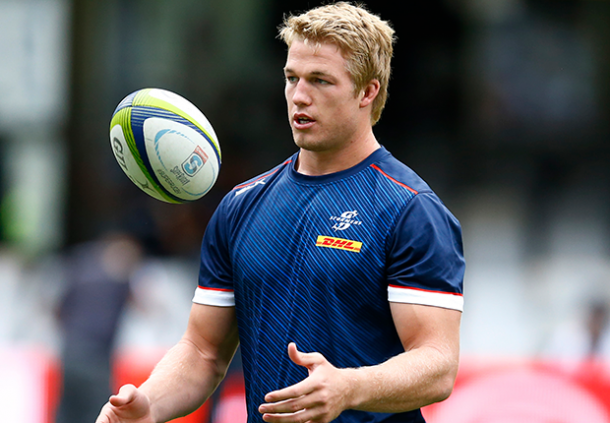 Some players are just tough to beat.

In Pieter-Steph du Toit the Stormers possess a player now fully endowed with the winning habit.

He slipped into that habit while doing duty for the Springboks last year and now the Stormers have won the first four matches of their Super Rugby campaign with him in the starting line-up.

The last time Du Toit was on the losing side the Springboks fell short in their opening game of the Rugby World Cup against the All Blacks in Yokohama.

“I haven’t thought about it‚” said Du Toit modestly.

“But while you are in that phase you have got to be very professional and realise the role you have to other people and what you mean to the Stormers.

“Our aim is to win Super Rugby. If we keep winning‚ if we are unbeaten on the log‚ then obviously we have a good chance of achieving our goal as we will set up a home quarterfinal and after that possible home semifinals and a final.

“And with this being our last year at Newlands there is extra motivation. We are constantly keeping that in mind and keeping that as a motivation factor. The best way to say goodbye to Newlands is to do it by playing in a final and winning Super Rugby.”

Having last year won the World Cup and the Rugby Championship it is natural for the 27-year-old to set his sights on Super Rugby glory.

His contribution to the Stormers’ cause has already been felt. He is unrelenting and his range of influence is immense.

The way in which he is deployed is not dissimilar to the way he was used in last year’s World Cup.

He and Duane Vermeulen were the only forwards who were required to play the full 80 as the Boks let loose their so called Bomb Squad of six forwards off the bench.

From where he draws the energy is hard to know.

“If you love what you do it is always nice to get the energy in certain places.

“Your body gets tired but we make a plan to get rest later in season. At the moment I’m doing my job and what is expected of me‚” said Du Toit about the mandatory rest for top Springboks in Super Rugby.

Given his influence on proceedings‚ Du Toit occasionally drifts into the crosshairs of the opposition.

The Hurricanes tried to rile him in the Stormers’ season opener and this week the Blues‚ a team that usually displays bellicose intent at Newlands‚ are likely to go the same route.

“If I play against an opponent I have respect for and is playing unbelievable rugby I am always going to put in a special effort to do well against that player‚ to try and be better than him on the day.

“Of course‚ at some stages I feel it is a bit unfair towards me. But I mustn’t get upset. I must get past it and just prove myself by playing better rugby.”