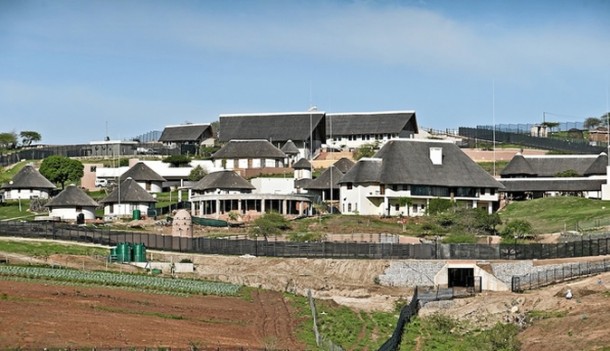 The bank that saved President Jacob Zuma’s bacon by giving him a R7.8-million loan to help him extricate himself from the Nkandla debacle has the Public Investment Corporation as a 25% shareholder.

The PIC, a registered financial services provider, is wholly owned by the government. It invests funds on behalf of public-sector entities.

The Presidency said yesterday that Zuma had raised the R781,4155 that the Constitutional Court had ordered him to repay to the state for the non-security upgrades to his homestead in KwaZulu-Natal “through a home loan obtained from VBS Mutual Bank, one of the few financial institutions [that] offer home loans in respect of land owned by traditional authorities”.

VBS describes itself as a specialist corporate finance and retail bank and lists the PIC as a 25% shareholder.

VBS Mutual Bank’s CEO, Gugu Mthembu, was unavailable, according to her receptionist, and also failed to respond to an email requesting comment on the terms and conditions of Zuma’s loan.

Political analyst Shadrack Gutto has called for a thorough financial audit of the loan and repayments.

“It needs to be ensured that the money that is used to pay back the loan is legitimate, and that if he has benefactors, that they are not providing him with money to dodge taxes.

“It’s a lot of money. The president must be truthful. He’s a public figure and owes it to the public to explain exactly how he is going to pay back this money, where he will get it, and whose money, if it is not his own, he will use to pay back the loan.”

Gutto said that it was clear that there was a cycle of patronage and corruption that had to be resolved.

He said it was not good enough to say that a bank had lent Zuma R7.8-million.

“Just look at the Panama Papers crisis. There needs to be a proper forensic audit to ensure that the loan is ‘clean’.

“All the issues around this need to be properly ventilated so that we do not have a situation in which banks are involved in matters that have financial implications.”

DA leader Mmusi Maimane said although his party welcomed the announcement of the repayment of some of the taxpayers’ money spent on Zuma’s homestead, “this is only the tip of the iceberg in this corruption-plagued saga”.

“It’s important that the president provide proof to the National Assembly, to which he is accountable, that he personally paid the R7.8-million and that VBS Mutual Bank is not a front.

“The president has a history of tapping into his circle of cronies for funds.”

Maimane said Zuma, who is due to answer questions in the National Assembly today, was liable for R63.9-million in fringe-benefits tax, and must release his tax records to show that he has paid it.

“In addition, Minenhle Makh-anya, the chief Nkandla architect, must pay back the more than R155-million used to inflate the cost of the ‘security upgrades’ at Nkandla, which the Special Investigating Unit’s 2014 report found him to be responsible for.”

Neither the Reserve Bank nor the SA Banking Association would comment on the loan, citing client confidentiality.

Kgalalelo Msibi, spokesman for Public Protector Thuli Madonsela, who investigated the Nkandla allegations against Zuma, said Madonsela would not comment on how the money was obtained.

“The fact is that he has paid. This means that the country’s most senior state employee respects the public protector to judge his conduct and take appropriate remedial action.

“The public protector thanks President Zuma for complying with the law and making amends for improper conduct found by her during her investigation.”

Political analyst Aubrey Matshiqi said the image crisis that Zuma suffered was not attributable only to Nkandla.

“Nkandla is but one factor in that crisis. Paying back the money does not solve his image crisis.

“The collateral damage caused by his image crisis on the image of the ANC will continue because it is a case of ‘too little too late’.

“That’s especially if you look at it in relation to the damage of the cumulative scandals around him and the damage that they have caused to the ANC in the elections.”

He said the real problem facing the ANC over Zuma was what would happen to the party in the 2019 elections.