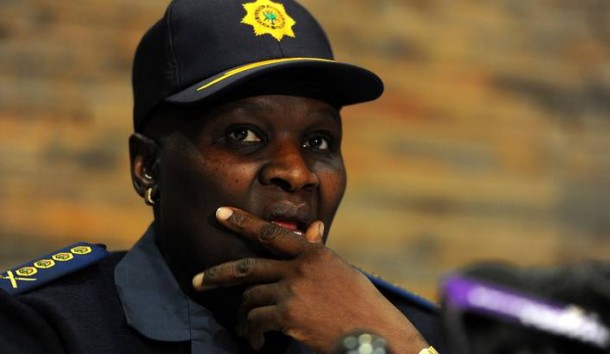 The inquiry into the fitness to hold office of suspended national police commissioner Riah Phiyega will hear testimony from witnesses with knowledge of a “secret meeting” at which it was decided that mortuary vans be sent to “Marikana police station for any disaster that can occur during the Marikana/Lonmin strike”.

The request that the vans be made available was recorded in the Phokeng mortuary’s occurrence book on August 16 2012, hours before the shootings at Marikana.

The board of inquiry into Phiyega’s fitness to hold office, and into her alleged misconduct for her role in the adoption of a plan said to have led to the Marikana massacre, began in Pretoria yesterday.

Lieutenant-General Elias Mawela, divisional commissioner of the police’s operational response services, is expected to testify today about the high-level meeting on August 15 2012 at which the decision to disperse the striking Lonmin miners was taken.

At the Marikana Commission of Inquiry he testified that the team had been told that the police had been ordered “to act against the armed strikers as they have to be disarmed and dispersed.

“Public order policing members were to disperse the strikers and [the tactical response team] will encircle small groups and disarm [them].”

Simon Laka and Philani Tladinyane, employed at the Phokeng mortuary, will testify about the request that mortuary vans be available. An entry to that effect was made in the mortuary’s occurrence book at 8.30am. That afternoon 34 striking miners were killed by the police in Marikana and another 78 were injured.

Phiyega told the Farlam Commission that she had forgotten the details of the “secret” meeting, saying she did not have a “photographic memory” and could not recall “pedantic details”.

The Farlam Commission’s report was critical of police leadership, finding it had misled the inquiry about when the decision was taken to disperse the protesting miners on the Marikana koppie.

The police claimed the decision was taken on August 16 but documents and testimony revealed it was taken at an extraordinary meeting of the police’s national management forum the day before.