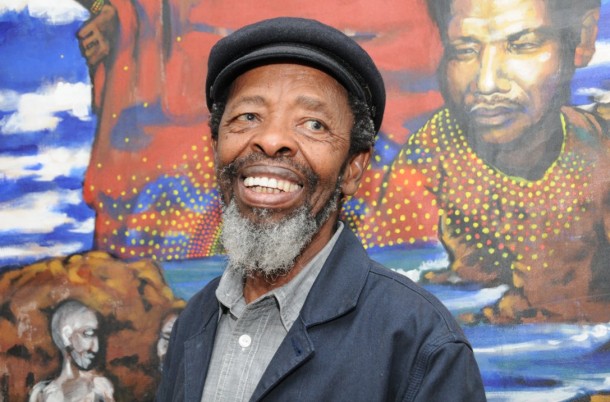 In a heartfelt and moving message of condolence‚ Sebiletso Mokone-Matabane‚ a friend who met Kgositsile in the 70s‚ said that she would remember him as a man who had “clarity of thought”.

“I will miss his strength of mind‚ infectious laughter‚ and smile. He truly was one of a kind. Even after all those years in exile‚ his Setswana was still fluent‚” Mokone-Matabane said.

Mokone-Matabane reminisced about the times Kgositsile would say‚ “I don’t have time for fools.”

In his honour‚ University of Johannesburg vice-chancellor Professor Tshilidzi Marwala announced that a hall at the institution would be named after Kgositsile.

Marwala said Kgositsile “was not selfish”‚ revealing he spent a great deal of time sharing his ideas with UJ students.

Poetry by the likes of Lebo Mashile and Sello Maake Ka-Ncube exuded a solemn and yet jovial mood in a hall full of iconic contributors to the arts and culture‚ and intelligentsia.

Kgositsile’s 1971 poetry anthology‚ “My name is Africa” is by far one of his most influential works. He was South Africa only national poet laureate.

Kgositsile died in Johannesburg on January 3 at the age of 79 after a short illness. The people’s poet is survived by his wife‚ Baby Dorcas Kgositsile‚ seven children and several grandchildren.

He will be laid to rest on Tuesday‚ in Marks Park in Emmarentia.