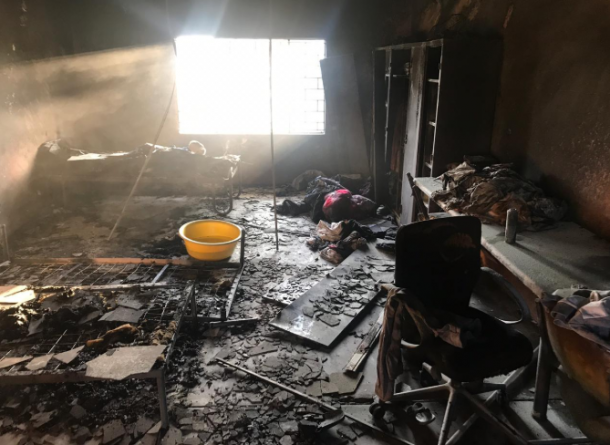 Tragedy struck on Christmas Eve for residents of a children’s home in Mpumalanga.

Pastor Jeremiah Zulu‚ founder of the Ethembeni Children’s Haven in Kromdraai‚ Emalahleni‚ told TimesLIVE on Friday about the blaze that broke out on Tuesday night.

“We were in the main building when we saw flames coming from the boys’ dormitories‚” he said.

“Luckily the boys were not inside there at the time. But the fire destroyed their school uniforms‚ Christmas clothes‚ their beds and bedding‚ and the ceiling of the dormitory.”

He said they did all they could to put out the flames‚ along with community members and the fire brigade.

The fire is believed to have started from a plug near one of the beds.

“We are a non-profit organisation and unfortunately we didn’t have the funds to insure the building. That’s the bad part. Had we done that‚ we wouldn’t be facing a problem‚” said Zulu.

Ethembeni currently caters for 22 children. Some of them are orphaned‚ while others have been brought in by authorities because they need a place of safety.

Zulu said they decided to keep Christmas Day special‚ despite some of the children losing the clothes they were planning to wear on the day.

“God was so good to us because we had prepared for Christmas‚ so we tried to keep it exciting. We were expecting visitors and we had to focus on that. It’s about attitude‚ so we stayed positive.”

Boys in the rooms that burnt have been moved to other rooms‚ which were not fully occupied.

Zulu said they are not sure when they will be able to start rebuilding. “We are hoping that over the new year things will be a bit better‚ but for now we are appealing to anyone who can assist us with paint‚ ceiling boards‚ cement or lockers‚ which we can use as wardrobes.”