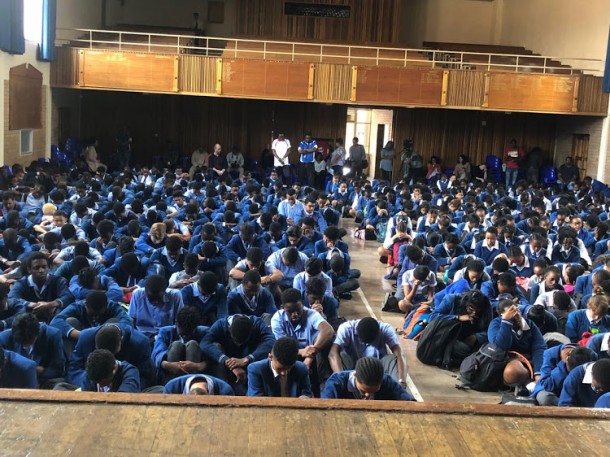 The body of a 16-year-old boy who was fatally stabbed on his way to Mondeor High School in the south of Johannesburg lay sprawled on the green grass at a park near his home on Wednesday morning.

His blue school bag was placed near his feet.

Police had cordoned off the area near the body as they combed through the area for evidence.

Just a few metres away‚ the sound of swaying swings could be heard as another school day was underway.

Gauteng education MEC Panyaza Lesufi was among those at the scene. He arrived to assess the situation after learning of the shocking incident.

ER24 paramedics earlier issued the alert that a youth was stabbed outside the school.

Parents had shortly thereafter rushed to the school in a panic‚ wanting to find out if their children were safe.

In a bid to calm the parents‚ school officials assured the parents that there was no threat at the school and told them they were welcome to take their children home if they so wished.

One panicked parent‚ with reddened eyes‚ who came to the school‚ spoke on the phone expressing relief that the slain child was not hers.

The stabbing had in fact happened a few streets away from the school.

ER24’s Russell Meiring said the pupil had been stabbed in the chest.

All efforts to revive him failed.

The motive for the killing was not immediately clear.