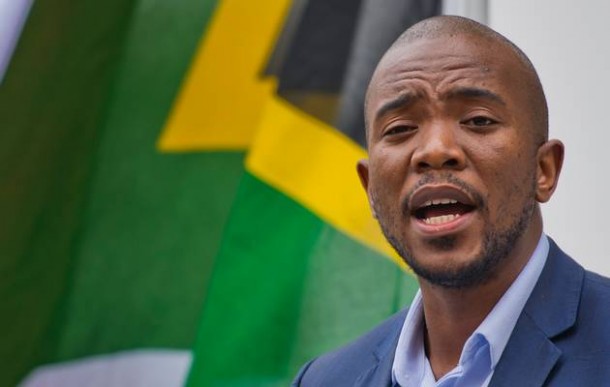 The Democratic Alliance says a statement by the Palestinian Embassy in Pretoria claiming it was not informed about DA leader Mmusi Maimane’s visit to Israel and Palestine last week is “simply unfortunate and inaccurate”.

A war of words between the DA and the Palestinian Embassy escalated on Monday‚ with the embassy suggesting that the DA had been disingenuous in suggesting that Maimane was meeting leaders of both Israel and Palestine during his visit on Thursday.

The embassy also charged that no Palestinian officials or leaders were scheduled to meet with Maimane during the visit.

The DA however denied this‚ stating that it had a confirmed meeting with Palestinian Authority President Mahmoud Abbas but that the meeting had been cancelled at the last minute.

The party provided what it referred to as the full trail of correspondence and record of contact with President Abbas’ office‚ and the SA Embassy in Ramallah.

“We visited the Palestinian Territories‚ met with human rights activists‚ visited refugees in Ramallah‚ and met with leaders of the business community and investors who are building the new Palestine despite the ongoing conflict.

“We did not inform the Palestinian Authority embassy in South Africa before our visit‚ we were not required to do so as South Africans do not require visas in order to visit the region. We communicated directly with the President’s office‚” Van Damme said.

“However‚ it is revealing that the Embassy’s statement says that there was an instruction issued not to meet with the DA. We will certainly be following up with them to ascertain exactly who issued this instruction‚ as it was not conveyed to us at any point‚” she added.

Van Damme noted that the DA delegation was “delighted” to learn that the SA Department of Water Affairs sent an official delegation to Israel in mid-November 2016 and that this delegation did not visit the Palestinian Territories at all.

“We are not perturbed by manufactured outrage about the DA playing a leadership role in the foreign affairs vacuum left by the ANC. But we will not allow falsehoods to go unchallenged.

“It’s critical if South Africa is to play a constructive role that facts and not propaganda become the central aspects of the discussion.

“We remain committed to a two state solution and believe that South Africa should play a much more constructive role in bringing the conflicted parties together to talk and negotiate a peaceful settlement‚” Van Damme added.

She said the DA understood that the Palestinian embassy had not been given a full briefing by their government.

“…but we would have preferred for them to contact us‚ or indeed their own principals‚ before releasing a false public statement.”