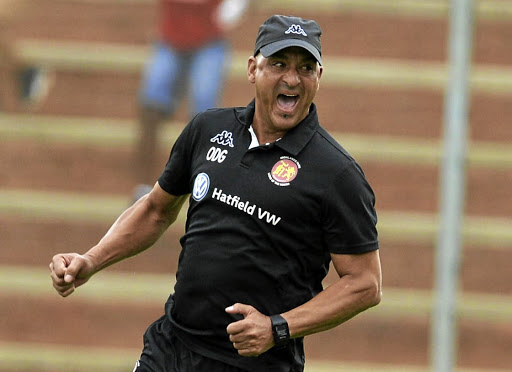 Highlands Park will have to patch up their central midfield against Kaizer Chiefs for the “big loss” of Mothobi Mvala through a suspension he picked up against Bidvest Wits on Wednesday night‚ Park coach Owen Da Gama has said.

Highlands held Bidvest Wits to a 2-2 draw in their Absa Premiership clash at Bidvest Stadium in their midweek clash.

But the Tembisa-based team’s star midfielder Mvala picked up his fourth yellow card‚ and will be suspended for another big clash for Park‚ their Nedbank Cup last-16 match against Chiefs at Makhulong (kickoff 3pm).

“Somebody else must play‚ and maybe it gives Mvala a bit of a chance to rest as well.

“But it is a big loss. There’s nothing you can do. This happens to the best of teams. We’ll just patch up and move on.”

The combative Ryan Rae‚ comfortable in defence and central midfield‚ and who came on as a substitute for Reneilwe Letsholonyane against Wits‚ seems the likely candidate to come into Highlands’ starting line-up against Chiefs.