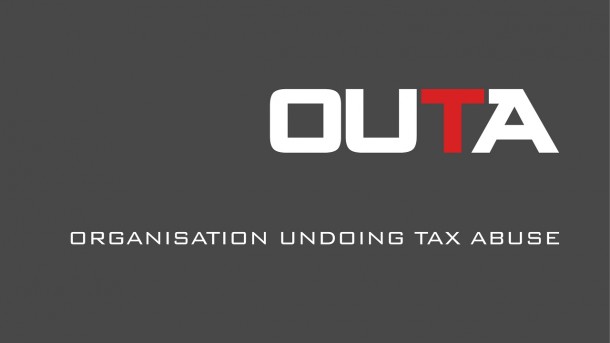 Outa says Govan Mbeki municipal budget should be set aside

The Organisation Undoing Tax Abuse (Outa) has written a letter to the Govan Mbeki municipality in Mpumalanga to demand that the council review and set aside the resolution which passed the 2019/20 budget.

Outa has also demanded that the council restart the public participation process to include proper community participation.

The municipality comprises the towns of Kinross‚ Bethal and Secunda.

In a statement‚ Outa claimed the municipality passed the 2019/20 budget and the integrated development plan (IDP) despite the public participation process still being under way.

Outa also claimed the budget had no plan to pay Eskom and Rand Water debts‚ had increased the salary bill by R100m‚ and ignored financial laws.

Michael Holenstein‚ manager of Outa’s local government division‚ said the council voted on and passed the budget last Wednesday‚ although the period for public comment ran until Tuesday‚ June 4.

He said the council held some public meetings on the budget and the IDP in late May but failed to advertise these timeously.

Holenstein said the council did not make the documents available either on its website or as hard copies at the municipal offices‚ libraries or public buildings‚ as legally required.

He said Outa’s representative went to four of these meetings from May 19 to 22. There was no power or lighting at any of the meetings‚ and three of the four meetings were held outside. Questions from the public and requests for the documents were ignored.

“Only after Outa wrote to the municipal manager questioning the validity of the meetings did the municipality publish an advert on 23 May in a local newspaper and place a shortened 28-page version of the draft budget online.

“The advert stated that written comments could be submitted from May 14 to June 4‚” Holenstein said.

Holenstein said the employee costs went up 22%‚ from R488m to R594m‚ with no explanation in the budget.

Holensten said some tariffs were set below the cost of buying bulk electricity and water.

However‚ municipality spokesperson Benzi Soko said the municipality would not bow to Outa’s demands to set aside the budget as all legal process were followed.

“If Outa has issues about the passing of the budget‚ they should go to court for recourse.”

Soko denied the allegations made by Outa‚ and said the municipality conducted all budget and IDP consultation processes in terms of the law.

Soko said the consultative process meant there were meetings in all three regions of the municipality.

“It is not true that these engagements were not properly conducted.”

Soko said the budget was passed on May 29 after an overwhelming vote by the council.

On the allegation that the employee costs went up 22%‚ from R488m to R594m‚ Soko said he was not aware where Outa got this figure.

He said it was not true that there was no provision for payment of Rand Water and Eskom debt.

Soko said although it was an open secret that the municipality owed Eskom and Rand Water‚ the municipality was not facing imminent closure as it was still supplying electricity and providing drinkable water.

Soko said the municipality had been having engagements with the two utilities to manage its debts prudently and efficiently.