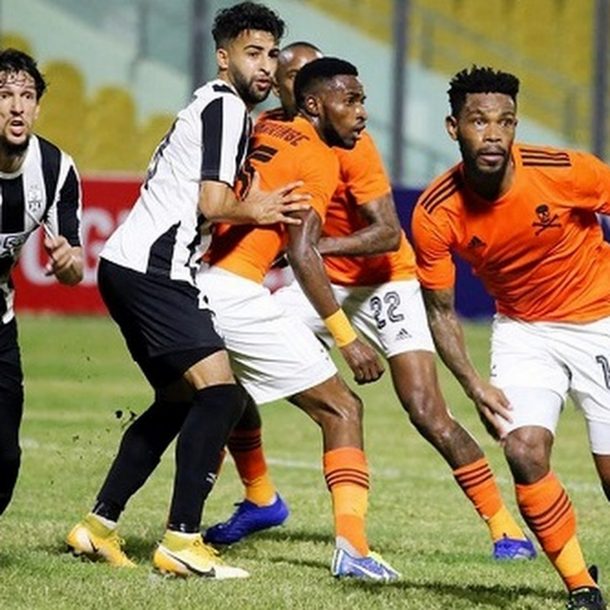 Orlando Pirates seek to surpass class of 2015 in Confed Cup

Josef Zinnbauer’s Orlando Pirates have a great chance to do better than the class of 2015‚ who fell at the last hurdle in the Caf Confederation Cup.

The Buccaneers‚ coached by Eric Tinkler at the time‚ lost 2-1 on aggregate to Tunisian club Etoile du Sahel in the 2015 Confed final.

With a squad that is looking strong this season‚ Pirates are one of the favourites on Group A as they begin their campaign in that stage against Algeria’s ES Setif at Stade Accra Sports Stadium in neutral Accra‚ Ghana on Wednesday night (kickoff 9pm SA time).

Also in Group A are Enyimba of Nigeria and Al-Ahly of Libya. Setif could not host Pirates in Algeria due to Covid-19 concerns. Bucs’ match will be played three hours after Enyimba and Al-Ahly had met in the first match of the group.

Ahead of travelling to Ghana on Monday‚ Zinnbauer spoke of Bucs’ eagerness to do well in this year’s Confed.

“I hope all the other [SA] teams will be supporting us and crossing their fingers as we go to Wednesday’s match‚” said the Bucs coach.

Zinnbauer spoke of the balancing act he has to make in his squad juggling three competitions as Bucs are also in the running for the DStv Premiership title and the Nedbank Cup.

“It will be difficult‚” said the German. “We have players coming back from injuries. We have [Bongani] Sam‚ ‘Gaba’ [Gabadinho Mhango]‚ [Tshegofatso] Mabasa and Kabelo Dlamini coming back.

“It’s important for us and it will help us in managing the squad. We have to check after each and every game how many players we’ve lost through injuries and which players are fit enough for the next game.

“That’s the situation we have to manage‚ but we know we have a lot of games in these competitions.

“But we’re happy about this and I think the players get motivation from playing in so many competitions. We always have to find the best players for the next game.”

It won’t get any easier for Zinnbauer and his squad after the Setif game as Bucs will meet either Sundowns or Polokwane City in the Nedbank Cup quarterfinals on Sunday.

A second Confed Cup Group A match against Enyimba at home will follow on March 17 before Bucs meet Chiefs in the league Soweto derby on March 21.

Pirates tweeted early on Wednesday about the kick-off time of the match against Setif‚ but there were no further details about the how they’ll line up against the Algerian outfit.