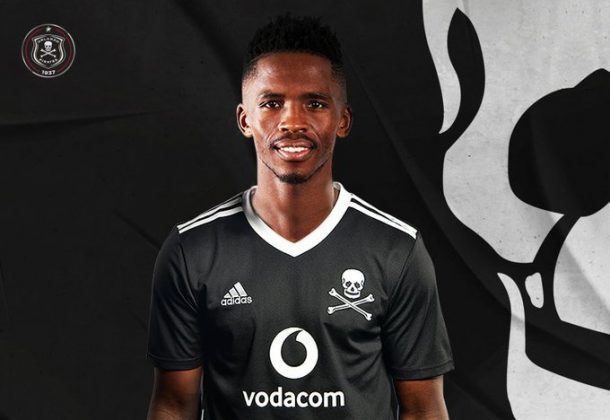 Skilful‚ forceful central midfield presence Monare becomes the fourth high-profile signing for Pirates from the now defunct Wits‚ whose Premier Division franchise was sold from the conclusion of the 2019-20 season to Tshakhuma Tsha Madzivhandila FC.

Bucs said in a statement: “Orlando Pirates Football Club is pleased to confirm the signing of Thabang Monare as a free agent.

“The former Jomo Cosmos and Bidvest Wits midfielder joins the Buccaneers on a two-year deal.

“The 31-year-old‚ who spent four seasons at the Clever Boys‚ comes in to bolster the midfield where the Buccaneers will be contesting in a compressed 2020-21 season which includes the Caf Confederations Cup.

Monare was quoted as saying: “I am happy to have signed with the club. I hope‚ like I have done in my entire career‚ I can make a meaningful contribution during my time here.

“I think this is a team that suits my style of play and that can only benefit me and the team for the season ahead.”

Monare was a preferred regular in coach Gavin Hunt’s midfield in his four seasons at Wits playing 24‚ 22‚ 25 and 24 out of 30 league matches in those campaigns‚ including being influential in the Clever Boys’ lone Premiership title in 2016-17.