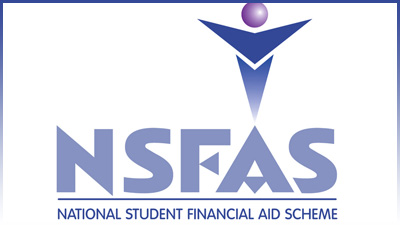 NSFAS ‘alarmed’ after Mpumalanga students kicked out of residences

The National Student Financial Aid Scheme (NSFAS) on Wednesday said it was “concerned and alarmed” that students had been left to find accommodation in public libraries and police stations.

Students from Ehlanzeni TVET College’s Mapulaneng campus in Acornhoek‚ Mpumalanga‚ were forced onto the street by landlords who demanded rent money. They sought shelter at Acornhoek police station on Sunday evening.

Mpumalanga News reported that the students slept on benches and floors at the station. “We ran for shelter to the police station for safety purposes and we were allowed to sleep there on Sunday‚” students told the publication.

According to NSFAS‚ upfront allowance payments were made to institutions in the first disbursement run in February 2019. The amount was sent to colleges to pay out to students.

“In some cases‚ colleges requested NSFAS to take over the payments of allowances via the NSFAS Wallet as they were struggling to pay all the students. The upfront payment of R1‚950 per student was intended to be applied for two months’ transport and personal care‚” the scheme said.

However‚ students have been left in the lurch.

Suzan Mbazima‚ secretary of South African Students Congress (Sasco) at the Mapulaneng campus‚ told SowetanLIVE: “Yes‚ we are sleeping here at the police station. We try by all means to find a safe place to sleep‚ like the police station.

“We are in this situation because we haven’t got our money to pay private residence for the past three months.

“Landlords last week decided to chase students out and for our safety now we thank the police‚ who opened their doors – but we are upset with the college and other authorities‚ who should make sure our money is paid on time.”

Several students flocked to the campus on Monday evening to sleep in the admin block and the library.

NSFAS said they are in the process of paying “top-up allowances” for two months of students’ private accommodation. It said that to make accurate accommodation payments‚ registration declarations were required from colleges.

Ehlanzeni had forwarded an updated declaration – but the information for students from Mapulaneng and Barberton campuses was incomplete.

According to the scheme‚ 137 students from Mapulaneng had since received allowances.

Scheme administrator Randall Carolissen said that an agreement had been reached that NSFAS students would not be required to pay deposits for accommodation.

“Furthermore‚ we emphasise the need for all private accommodation service providers to obtain institutional accreditation to ensure that the welfare of students remains a priority‚” said Carolissen.

“At the time of this press release‚ campus management was engaging with landlords to resolve this matter.”

Unisa students in the Eastern Cape rallied behind their counterparts and embarked on a regional strike. Avela Mpatane‚ Unisa SRC secretary in the Eastern Cape‚ said NSFAS had failed to provide students with textbooks and laptops and refused to refund students who had paid their own tuition fees.

“The SRC and student structures resolved that NSFAS management of Unisa must come to the Eastern Cape to address students and resolve challenges immediately‚” said Mpatane.