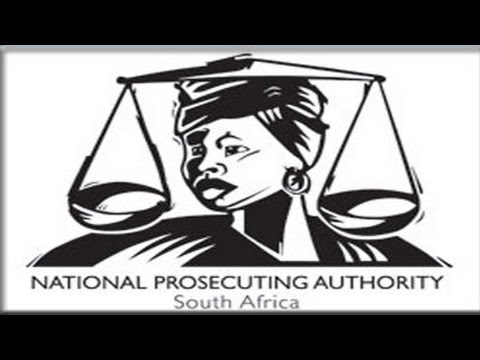 The National Prosecuting Authority (NPA) is to receive a capital injection of R1‚3bn to boost its prosecuting capacity as government steps up the fight against corruption.

Finance minister Tito Mboweni announced in his medium term budget policy statement on Wednesday that government has had to shift resources with the NPA and the South African Revenue Services (Sars) being prioritised.

“These funding shifts will bolster efforts to combat corruption and improve revenue collection‚” he added.

The fight against sexual offences and gender-based violence will also get a financial boost as entities and departments in the justice‚ crime prevention and security cluster are set to benefit from this reprioritisation.

According to the medium term budget policy statement‚ over the next three years‚ funding will be reallocated from the SA Police Service to other departments and entities within the peace and security cluster to implement the Integrated Criminal Justice Strategy.

“Some of these funds will be used to improve prosecution capacity‚ including for the sexual offences and community affairs unit that focuses on gender-based violence. In addition‚ funds will be used to finance various corruption fighting units and to combat cybercrime‚” reads the document.

At a briefing ahead of Mboweni’s announcement‚ Sars commissioner Edward Kieswetter said the taxman’s capacity to collect tax revenue had been “sub-optimal” due to a range of reasons‚ including criminal activities.

“We see negative impacts in the economy as well as in our ability. Our ability to collect revenue at the moment is sub-optimal and this is part of the very hard and time consuming work of rebuilding Sars.

“When public confidence in the revenue authority and also in the political system wanes‚ it has a direct impact on the behaviour of society and they consider themselves morally justified to withhold their taxes‚” said Kieswetter.

Kieswetter said the current mood of lawlessness in the country had emboldened criminal syndicates operating in the tax environment‚ reporting that there had been a significant proliferation of VAT fraud whereby companies are being created purely and solely for the purpose of creating VAT fraud. This was in addition to customs fraud‚ mispricing and under declarations.

He said they would be placing a huge focus on compliance‚ building capability to do better investigations to identify and detect criminal activity to bring criminals to book but also to recover taxes.

The MTBPS also stated that more funds will also be reallocated to the Directorate for Priority Crime Investigation (Hawks) to appoint additional investigators to address the backlog of corruption cases‚ and to the departments of defence and home affairs to enhance border security.

NPA bosses have previously complained about being hamstrung by a lack of resources‚ even pleading with the government to allow them to accept funding from private donors.

As recently as two weeks ago‚ parliament’s public accounts watchdog Scopa called for more funding for law enforcement agencies involved in investigating corruption and state capture saying instead of giving money to failing state-owned entities like Eskom and SAA‚ the government should redirect funding to agencies like the NPA.

The call came as the prosecuting authority revealed dismal outcomes for cases referred by the special investigating unit for prosecution over the past six years.

NPA boss Shamila Batohi admitted to Scopa that the finalisation of cases had been extremely slow‚ describing the authority’s performance in this regard as abysmal. She blamed the poor performance on a range of issues including the deliberate weakening of state institutions to enable corrupt activities to go unpunished.

She also complained about a lack of capacity at the authority‚ saying there were over 700 vacant prosecutor posts following a freeze on recruitments since 2015. This was meant to reduce the compensation budget‚ she said.