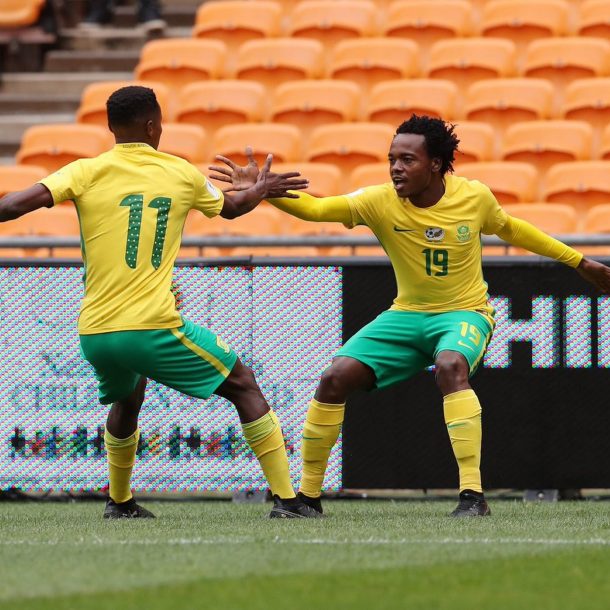 With 100 days to go to the start of global sports showpiece that was delayed from last year‚ Notoane named seven overage players in his squad.

The final squad‚ which the coach hopes to name after a prospective tour to Dubai in June‚ which is expected to include Brazil but Notoane said is to be confirmed‚ will consist of 18 players‚ three of whom can be over 23.

“We are going to a global showpiece. We are going to come up against the best of the bests out there. So we also need to make available the best talents‚” Notoane said of the overage players he has included in the provisional squad.

“I mention that because it becomes important for me to strengthen the team in certain key areas. And also bringing personalities that can help advance our cause.

This will be South Africa’s men’s U-23 team’s third Olympics having ;previously gone out in the group stages of the 2000 Games in Sydney and in 2016 in Rio de Janeiro.

The Tokyo Olympics were delayed by Covid-19 from 2020 to July and August this year.