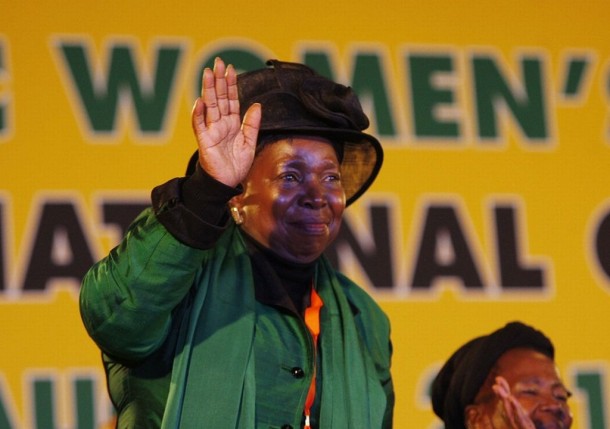 President Jacob Zuma could not foresee a woman leading the organisation when he became ANC president in 2007.

But today he wants a specific woman to lead. This is according to Cosatu’s general secretary Bheki Ntshalintshali, who addressed the federation’s shop steward council in Johannesburg yesterday.

Ntshalintshali was flanked by SACP general secretary Blade Nzimande and ANC Gauteng provincial secretary Hope Papo. They also raised their concerns about poor leadership under Zuma which was failing to unite the ANC.

Papo also revealed that the provincial leadership has requested a meeting with the party’s national officials to raise its concerns on a wide range of issues.

Sowetan understands that the provincial leadership under Paul Mashatile would share research that would reveal that the ANC is set to lose Gauteng in the 2019 general elections if Zuma does not step down now.

Ntshalintshali said: ” In the planning of a new president, an ordinary citizen is given VIP protection cars. Even ministers do not get presidential protection.”

This follows the furore over the presidential protection offered to Nkosazana Dlamini-Zuma, an ANC presidential hopeful, who is also Zuma’s former wife. Ntshalintshali also said there was no consistency on the succession debate.

“The ANC national executive committee said we must not start it but certain provinces have made pronouncements already,” Ntshalintshali said.

Ntshalintshali said when Thabo Mbeki stepped down, Zuma, who was deputy president at the time, took over.

“It is a fact that comrade Cyril Ramaphosa must take over after Zuma,” he said.

Nzimande said that under the Zuma leadership, factions have captured the ANC and there were provincial kingmakers who were controlling the ruling party and causing a lot of problems.