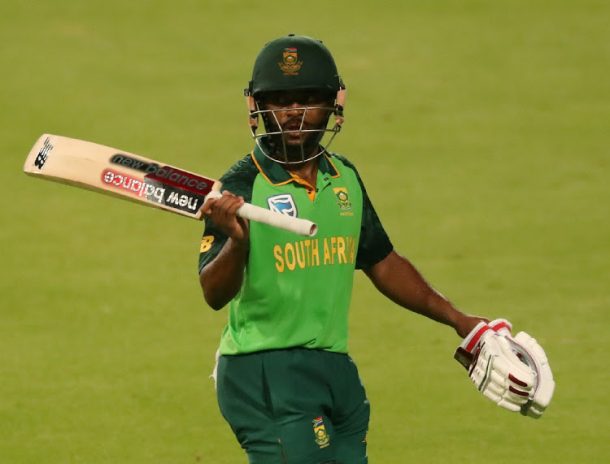 New Proteas limited-overs captain Temba Bavuma wants the team to play an aggressive brand of cricket that can be executed under different conditions and on any occasion.

The 30-year-old Langa-born Bavuma will lead South Africa for the first time in the limited-overs series against Pakistan that starts in Centurion on Friday following his appointment as white ball captain early this month.

“I think if you look at South Africa‚ we have always been a more than competitive ODI unit even to a point where the guys have got us to position number one‚” said Bavuma in his maiden captain press conference on Monday.

“I think for me that is where my thinking is. I guess mentally as well‚ it is something that we need to improve a lot on in terms of getting stronger. But I think it is more to define that style of play and being able to execute it under any conditions.”

The soft-spoke leader will usher in his leadership tenure when the Proteas take on Misbah ul-Haq’s Pakistan in the first of the three Betway ODIs at SuperSport Park at 10am.

“I think we have the opportunity now building up to the 2023 World Cup to really define our style of play of and how we want to go about our business‚” said Bavuma.

“For me personally I just want to enjoy the journey‚ to enjoy this new chapter in my new book. I look forward to creating and adding value within the team.”

The Proteas will play three ODIs that will be followed by four T20 matches‚ and all the games will be played at Centurion and at the Wanderers in Johannesburg.

“I think the mood in the camp has been rather optimistic. I guess it is always nice to get new faces‚ guys being rewarded for their performances and talent that they have showed domestically.

“I guess from the senior guys as well it is always nice to have new guys in the team‚ guys that will be pushing you‚ who will kind of ensure that you are showing off your best.”

Bavuma also made mention of their women counterparts‚ the Momentum Proteas‚ who have been blazing a trail in India with historic ODI and T20 series triumphs.

“We have been very much inspired by the efforts of our women over the last while.

“We have our own experiences of playing in India and the results and efforts by the women is something we respect as the men’s team.

“We will definitely be looking to ride that wave and put in wonderful performances for the team [against Pakistan].”