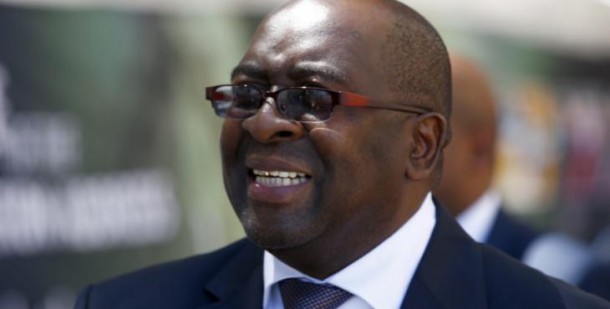 Nene‚ who was fired by Zuma in December last year‚ which caused the rand to plummet‚ made the remark on Wednesday during a graduation ceremony for accounting students at the Mangosuthu University of Technology at which he was the guest of honour.

When asked about his relationship with Zuma‚ he responded: “I have deep respect for the president. He remains my president‚ the president of the country and that of the ANC.”

Nene was honoured by the university for his contribution in charting the country’s fiscal prudence.

In his speech‚ he urged financial students at the institute not to overlook the public service when considering their career‚ saying the country needed their skills.

“I have been in Cape Town for the past couple of weeks at the Allan Gray headquarters. A few days ago‚ I went through the induction process and other crucial aspects for anyone starting at a new position.”

He said the new position and the MUT honour has been a blessing for him and his family.

“I have had the pleasure of working at various levels of government and business and that has been a blessing. I miss working at Treasury and any other place I have been a part of.”

He highlighted the need for South Africans to regenerate the moral fibre of society and that was the common thread in his keynote address to graduates.

He also has some strong words of caution to potential fraudsters‚ saying a career in the financial sector didn’t give them freedom to do as they please or “to con people”.

“Money isn’t everything… (there is) more to life than making money but building a career…success cannot be measured by having cars.

“You can possess money but don’t allow it to control you. Knowledge without character is a weapon of mass destruction so is science without humanity‚” he said.

He said it was with a deep sense of humility that he was accepting the honour from the university.

He thanked the university for building and nurturing skills in the accounting sector and jolted graduates to go out and make a difference.

“The world is truly your oyster…go henceforth and conquer the world.”