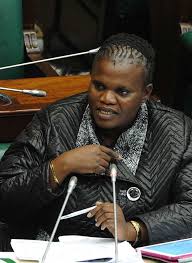 Communications Minister Faith Muthambi will have about two weeks to explain likely negative findings against her by Parliament’s ad hoc committee on SABC board inquiry.

The committee said it “moved a step closer” to finalising its draft report‚ which should be completed on Friday‚ whereafter it will be sent “to the affected parties”.

A statement from the committee on Thursday highlighted only Muthambi and former SABC board chairperson Dr Ben Ngubane among the “affected parties”.

“They will have two weeks to make their own representations which will be considered in the final report‚” said committee chairperson Vincent Smith.

The statement said that the committee “dealt with introduction‚ analysed evidence as well as making observations and deferred the last part of the report‚ recommendations‚ until” Friday.

BusinessLIVE reported that Muthambi faces an uncertain future with some members of the committee seemingly pushing for her removal.

During deliberations on Thursday‚ some MPs suggested that she may have violated the constitution by‚ among other things‚ acting in a way that “improperly” benefited Hlaudi Motsoeneng‚ the controversial former chief operating officer of the SABC.

During hearings in December‚ witnesses alleged she had strong-armed the SABC board into supporting the appointment of Motsoeneng in 2014.

The committee’s leaked working document was sharply critical of Muthambi‚ saying “many witnesses further alluded to undue pressure having been applied by the minister of communications”.

The minister‚ Faith Muthambi‚ the document also records was brought up when “witnesses suggested that the minister of communications often interfered in the board’s business in the guise of holding the SABC accountable to the shareholder and in so doing disregarding the Board as the primary mechanism to promote accountability”.

Ngubane‚ the second-last person to testify before the committee‚ defended Motsoeneng’s track record and his massive pay hike‚ saying the controversial former chief operating officer is skilled and the salary “adjustments” were in line with human resource processes.