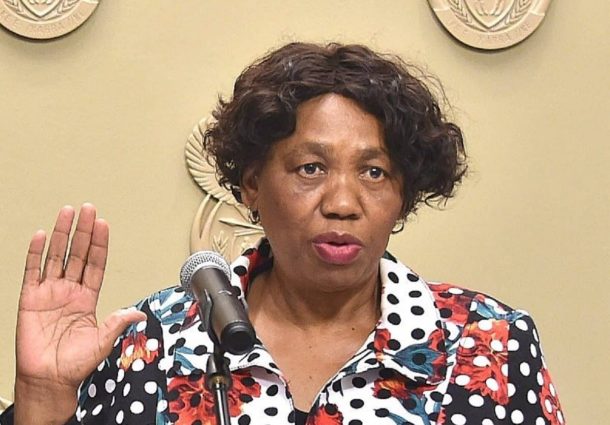 A bum is not “a sitting thing” – South Africans need to learn to call parts of the body by their real names.

That was basic education minister Angie Motshekga’s assertion as she defended her controversial comprehensive sexuality education (CSE) programme during a question-and-answer session in parliament on Wednesday.

Responding to questions from MPs‚ Motshekga said those opposed to new sex education plans – including religious bodies – had been resorting to “lies and untruths” to discredit her programme.

Motshekga said the CSE was critical given the high rates of teenage pregnancy among school kids‚ sexual violence and the low age of sexual debut.

She said it was not true that they were planning to use pornographic material in the rollout of the CSE.

“We have the lesson plans on the website‚ which have helped to clear all the lies and untruths which have been used in the campaign. Fortunately because of that‚ we’ve been getting positive feedback‚” she said.

“There’s nothing age inappropriate‚ there’s no sexual grooming and there’s also HIV education. These are all the things that happen every day and it’s time that we address and give names to these things‚ so that we don’t call bums ‘sittings things’; we call them bums.

Motshekga said teaching sexual education to young boys and girls did not amount to “sexualising” them.

“There’s adequate information that says if you teach children sexual education‚ you’re about to educate them about sexuality‚ not sexualise them‚” she said.

“We’re working with different experts‚ in terms of saying what are the facts we need to deal with‚ in terms of HIV/Aids. The fact is indeed we’re confronting a major problem … You have almost 200 new infections per day of young people‚ so we have to talk about these things.

“In 2017‚ we had almost 19‚000 young girls falling pregnant‚ so we have to talk about these things in order to save our children.

“We have statistics which say we have to do it – it’s not a choice. Our children need this sexual education to be sexually aware‚ so that when an uncle touches you in the wrong part‚ you don’t keep quiet – you understand that this is an inappropriate touching.”