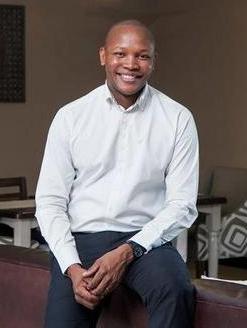 Please Call Me” inventor Nkosana Makate and his lawyers have lashed out at the man demanding half of his Vodacom settlement, accusing him of making hollow promises and even forging his initials.

In explosive affidavits Makate and his lawyers filed at the North Gauteng High Court in Pretoria last Monday, he said Christiaan Schoeman, who claims to have funded the Katlehong resident’s legal battle against the cellphone giant, only paid R2.4-million for legal expenses.

Makate admitted he agreed to a reduced 53% cut of any settlement from Vodacom, but Schoeman failed to deliver on his promises.

“I agreed on the basis of Mr Schoeman’s assurances that he had significant new funding that would cover my legal expenses all the way to the Constitutional Court, if necessary,” Makate said.

The former Vodacom employee said he later realised this was a hollow promise.

Makate said he cancelled their agreement in January 2015 and did not accept Schoeman’s proposal for new funding.

According to Makate, Schoeman and his company Raining Men Trade have no prima facie entitlement to dictate his legal representation in the Vodacom negotiations.

Schoeman and his company lodged an urgent application to interdict and restrain Makate’s lawyers from representing him in the negotiations that were ordered by the Constitutional Court in April.

He also wants to interdict and restrain Makate from appointing any lawyers to represent him at the Vodacom negotiations without his consent and stopping the company from paying half of any settlement to its ex-employee.

Schoeman said the agreement with Makate was signed by two witnesses, his friends “who happened to be in the same restaurant” at which he met Makate.

“Makate’s initials are not forgeries . Even if this is the case, this does not change the fact that I signed the document whereby Raining Men was nominated pursuant to the funding agreement,” he insisted.

Schoeman, 67, a lawyer, claimed to have asked to be removed from the roll of advocates.

Makate’s lawyer Wilhelmina Lubbe revealed Schoeman was not removed from the roll of advocates in 1999 in his own application as he claimed .

“The Society of Advocates of Natal intervened … and expressed its reasons why Schoeman was not a fit and proper person to continue to practise as an advocate,” reads Lubbe’s affidavit.

Lubbe said Schoeman “also tried to exonerate himself from a scheme which he devised himself”.

She also accused Schoeman of introducing himself as “Adv Schoeman” on a television programme.

According to Lubbe, Schoeman and Raining Men Trade are trying to intimidate Makate and her into a settlement.

Schoeman claimed he brought the only person who could corroborate Makate’s evidence, Lazarus Muchenje, his former boss at Vodacom.

Schoeman insisted that without Muchenje’s evidence the outcome of Makate’s case would have been different. The matter is set down for tomorrow .